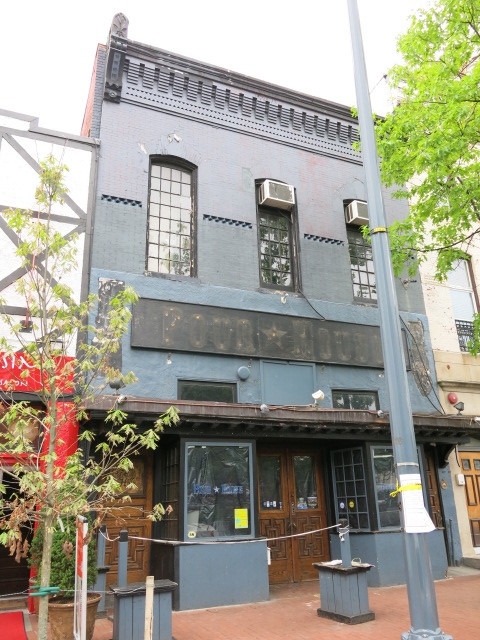 “Washington, DC’s Capitol Hill neighborhood will soon have a new destination for classic American cocktails and cuisine, with the early 2015 opening of Stanton & Greene at 319 Pennsylvania Avenue, SE.

Spanning three floors of a meticulously restored building just two blocks from the US Capitol and Supreme Court, the 180-seat Stanton & Greene will evoke the easy elegance of the Capital city’s bars of the early­- to mid­- 20th century. 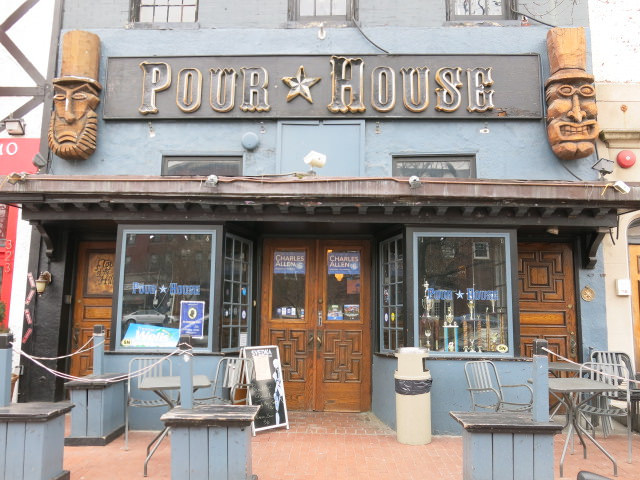 Quite the transformation from Pour House

A restored oak staircase leads to the second floor, revealing a soaring 16-foot space with original skylights, an Art-Deco bar beautifully hewn by hand from American ash, and three huge windows overlooking historic Pennsylvania Avenue. The second floor bar and lounge will be open to the public and also available for private events. Like its downstairs counterpart, the upstairs bar will offer a classic cocktail menu and draught local craft beers.

August Paro, a film set designer by trade and co-founder of Beuchert’s Saloon at Eastern Market, has led the design and renovation of Stanton & Greene, carefully sourcing, and re-creating fixtures true to the period and refining art finishes by hand. Every aspect of the restaurant has received extensive attention to detail to evoke the feel of a bygone era.

“For us, it’s about the intangibles that make up the soul of a restaurant; how all the restored and found pieces interact to create what you feel,” says Paro. “The highest compliment I can think of might be someone walking in the first time and saying it feels like it’s been here since Lyndon Johnson was twisting arms on the Hill as a Congressman.”

The restaurant’s name is both a tribute and a play on a century-old living arrangement between two of Capitol Hill’s oldest and closest neighbors: in the center of nearby Stanton Park, named for Lincoln’s Secretary of War Edwin M. Stanton, sits a statue of American revolutionary war hero General Nathanael Greene.

“The inspiration for the name comes from these two American figures who are linked across the centuries in the park as close neighbors,” says Eli Hengst. “It’s the kind of historical footnote that’s unique to Capitol Hill and D.C. and we hope Stanton & Greene evokes the same sense of place.”

The focus of Stanton & Greene is cocktails and a carefully-curated spirits list – and, while seasonal and artisanal specials will be available, the founders’ aim is a simple, elegant, and classic cocktail menu.

“We want to open a place where Hill neighbors, staffers, pols and friends can get really good cocktail and unwind,” says Jared Rager. “And we also want to celebrate and enjoy the kind of craftsmanship that goes into craft spirits and making classic drinks. We’ll have some creative cocktails, but our focus is on the timeless drinks that have been around for a couple generations or more.”

The spirits program at Stanton & Greene will have a distinctly American imprint featuring an expansive selection of local, regional, and national distilleries balanced between gins, whiskies, vodkas and other high-quality craft spirits.

Mixologist Erik Holzherr, proprietor of both Wisdom and Church & State, is the creative curator behind the cocktail program and has partnered with Stanton & Greene to develop a selection of early to mid-20th century classics, along with a signature cocktail menu that draws on the best American and European spirits.

The bar will also offer a small selection of American and Old World wine selections and highlight the best local and East Coast wineries, as well as local draft and bottled beers from breweries like DC Brau, 3 Stars, and Port City.

Stanton & Greene is Capitol Hill’s newest destination for classic American cocktails and cuisine, located at 319 Pennsylvania Avenue, SE in Washington, DC. Opening in early 2015, the three-floor, 180-seat space evokes the easy elegance of the Capital city’s bars of the early­ to mid­ 20th century, offering a carefully-curated spirits selection and classic cocktails, as well as a menu of updated and locally-sourced American classics.”