“Once again this year, Sugar & Champagne to benefit the Washington Humane Society, will take place Febryuary 4th at The Ronald Reagan Building, honoring our local crusaders against animal cruelty: Washington Humane Society’s Humane Law Enforcement Officers, Animal Care & Control Officers, and Humane Educators. This celebration of all things sweet, showcases the DC area’s most talented pastry chefs complemented by some of the world’s finest sparkling wines. The VIP Chefs’ Tasting Room presents an exclusive savory gathering prepared by the finest chefs of the national capital region. Our new Exclusive Experience provides special guests with a unique opportunity to make their own desserts, learn to concoct magnificent drinks, view exceptional demonstrations, and try items not offered to any other guests.

In addition to honoring our own, the Washington Humane Society honors our community’s “Humane Heroes” who have had a positive impact on the lives of animals in the District and who have shown tremendous support for our programs and services. These award recipients have proven their commitment to and support of WHS and we truly appreciate their dedication to our mission.

– Thanks to the work of our officers, DC residents Christopher Wayne Johnson and Mark Donell Mosley were indicted on September 9, 2014, on multiple counts of animal abuse after allegedly brutalizing a bull terrier named McFly. Based on the severity of these acts, the court elevated some to felony level crimes and issued the following. On October 2, 2013, the Washington Humane Society (WHS) was notified about a severely injured brindle and white, male, bull terrier type dog who had just been fought near 602 46th Place SE. Officers were not able to locate the dog until the morning of October 3, when a dog matching that description was found by WHS Officers alive, but in critical condition in the woods behind the address. The dog, McFly, had numerous bite wounds over his entire body as well as three lacerations across his neck consistent with an attempt to slit his throat. Johnson and Mosely were indicted on one count each of Felony Cruelty to Animals (in violation of 22 DC Code, Section 1001) and one count each of Misdemeanor Abandonment of Maimed or Diseased Animal (in violation of 22 DC Code, Section 1012). If found guilty, the men are each facing up to five years imprisonment for the Felony charges and up to 180 days imprisonment for the Misdemeanor charges, with the potential for monetary fines. Johnson was additionally indicted for Felony Animal Fighting (in violation of 22 DC Code, Section 1006.01) and if found guilty he faces a fine of $25,000 and/or imprisonment of up to five years.

– A few of our more light-hearted stories include ducklings who were discovered after a pedestrian heard chirping coming from a manhole. Our Animal Care and Control Officers were able to remove the manhole cover using a winch and rescued two ducklings who were then reunited with their mother at Capitol Reflecting Pool in front of the Capitol Building [see video above].

– There was also the case of a goat running loose in NE DC!” 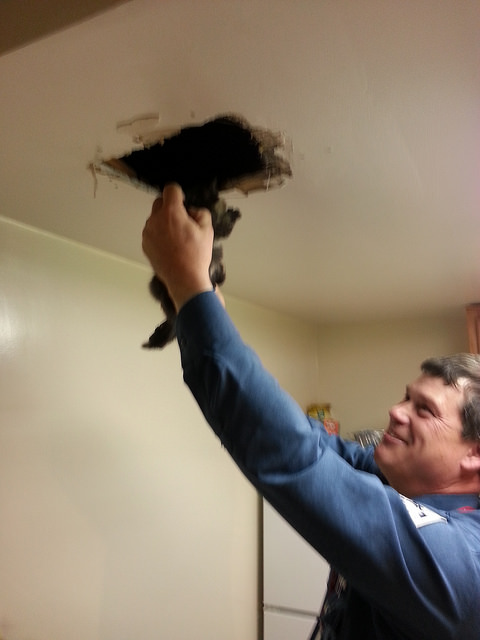 More photos of Humane Society Officers in action after the jump. 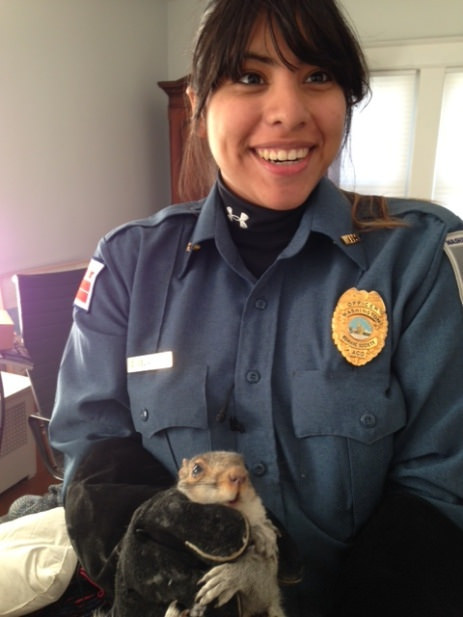 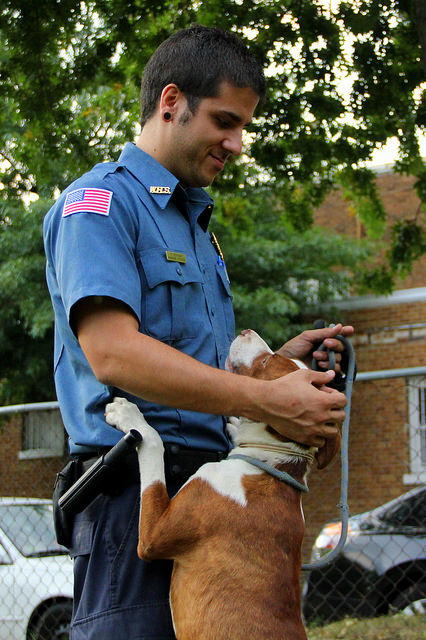 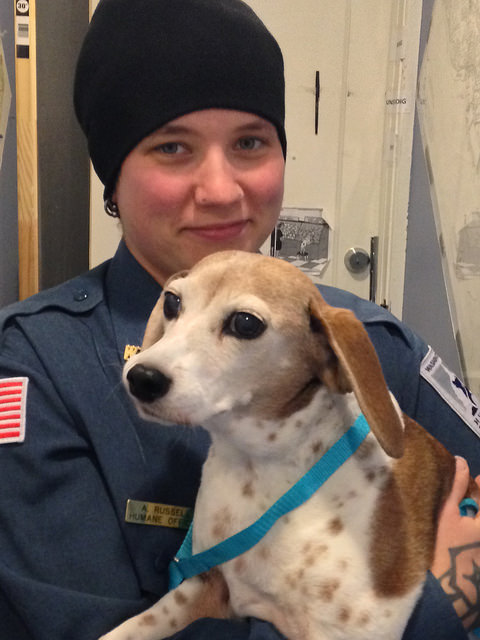 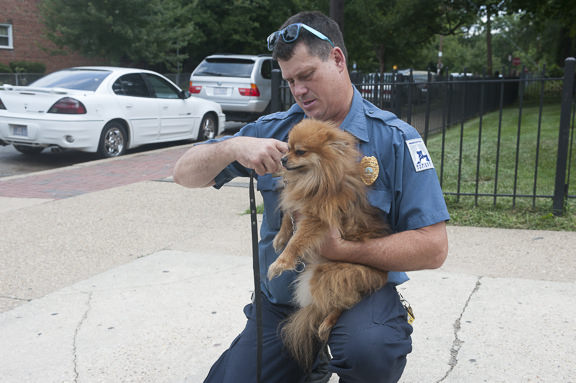 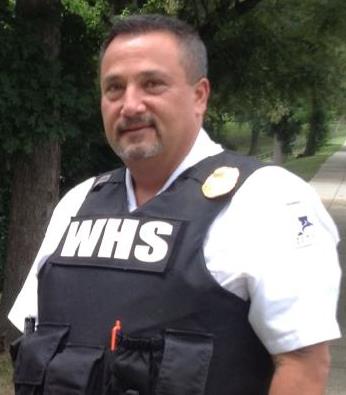