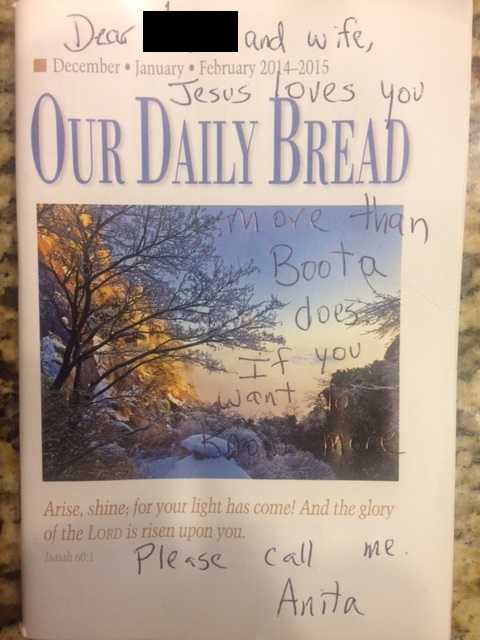 Ed. Note: I’m sure Anita means well but I’ve never heard of anything like this before. Though, when I first moved to Petworth I was occasionally asked (in person) to join in some Church services (I’m Jewish) so I politely declined and I don’t feel like anyone was offended. It actually felt quite neighborly and not aggressive at all and when I declined my wishes were respected. But this is a whole different level.

I have been getting these funny (at first) but now creepy notes from an evangelical.

Our house seems to be the only one getting targeted since neighbors haven’t seen anything like this. Are other people in Petworth are being targeted?

At the very least, the three notes are pretty entertaining to read but they’re starting to freak out my wife. Especially since she’s addressing us by name and we’ve never met.

We are not Buddhists and i’m not sure where she got that idea. My wife and I, however, are from India hence ‘boota’ and the Cosby reference to ‘minorateas'” 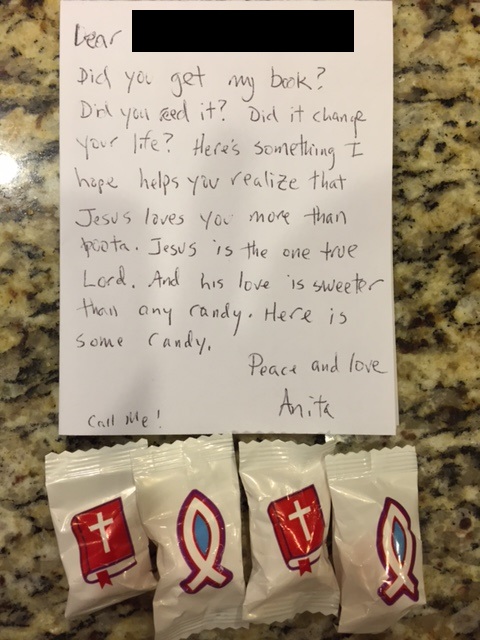 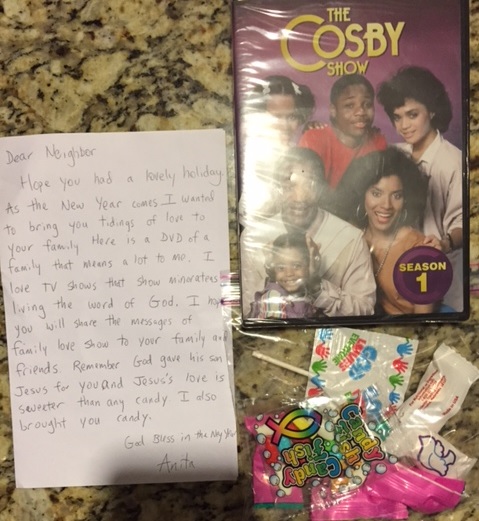