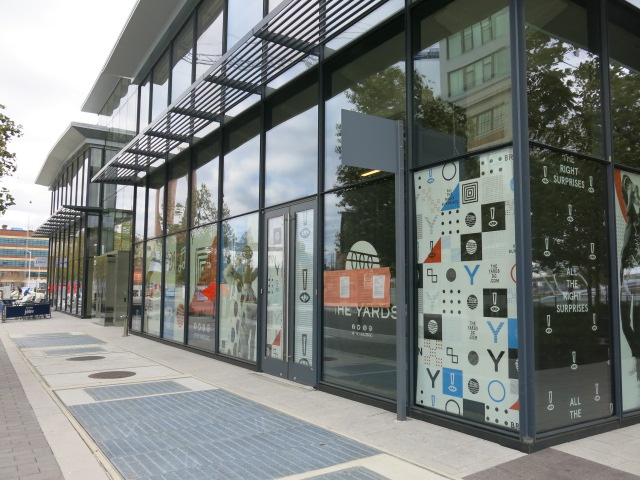 The Lumber Shed in Yards Park is getting ready to welcome two new spots. A couple new liquor license placards were posted over the weekend – first for Due South across the street from Krub Thai on the non river side:

More info from a press release:

A heaping helping of southern-style cuisine and hospitality will come to The Yards next spring when Due South, the latest restaurant to be added to the impressively growing dining scene at The Yards, will open in The Lumber Shed, located at 301 Water Street SE, at the edge of the waterfront Yards Park. The announcement was made today by Forest City Washington, master developer of The Yards located in the Capitol Riverfront neighborhood.

Due South will occupy a 3,366 SF space at the northwest corner of The Lumber Shed. It joins the already open Agua 301, Osteria Morini, Ice Cream Jubilee as well as the Navy Yard Oyster Company (also opening in spring 2015) in completing the restaurant array in the all-glass, adaptive-reuse building on the riverfront. Like the other restaurants in The Lumber Shed, the table-service Due South will have outdoor seating, as well as wonderful views of the surrounding Yards Park through its dining room’s floor-to-ceiling glass. With the signing of Due South, The Lumber Shed is now fully leased.

The new restaurant is the latest concept from Georgetown Events, a DC-based restaurant/bar/events group headed by Bo Blair. The company has numerous other area restaurants including several Jetties sandwich shops (five locations), Surfside in Glover Park, Bayou and Smith Point in Georgetown and the Something Sweet Bakery in NW DC.

And the new Wine and Oyster Bar that we heard about back in July – The Navy Yard Oyster Company:

“New establishment will be a wine-centric oyster bar offering a seasonal, seafood-driven small plate menu drawing its inspiration from the Chesapeake Bay and the states that Washington, DC is connected to, both geographically and culturally. Entertainment will consist of live music for jazz brunch, and other occasional similar performances. Seating inside premises is 73 and the total occupancy load inside is 199. Two (2) Summer Gardens with seating for 32 and 18 patrons.”

It’s located on the river side in between Agua 301 and Osteria Morini. 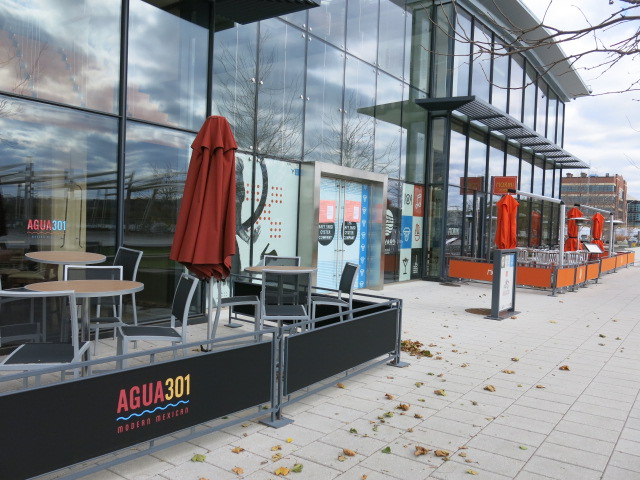