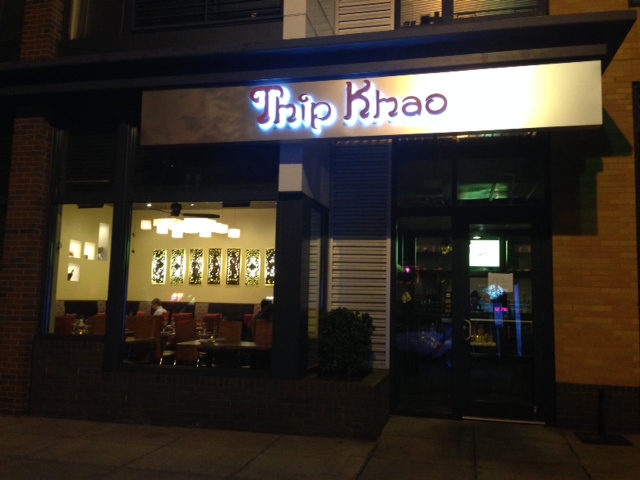 Thanks to all who’ve sent emails about Thip Khao looking ready to open in the former Thai Thanic II space in Columbia Heights. They’ve been having some soft openings and will open to the public in early December. [Ed. Note: I’m told something came up last night and the chef will be traveling to Laos shortly for a family matter and they will open upon her return.] I was lucky enough to attend a preview dinner last night and I’m psyched to say the anticipation is warranted. Admittedly I am a wimp when it comes to spicy food but I have to say the Knap Pah (with Sea Bass) was one of the more delicious entrees I’ve had in a long time. It is super exciting for this section of 14th Street to get a restaurant of this quality. After last night I have no problem saying this a worthy neighbor to Le Caprice. Unfortunately my photos aren’t the best but have a glimpse inside and at the menu served last night – and more importantly when they open definitely be sure to check them out. 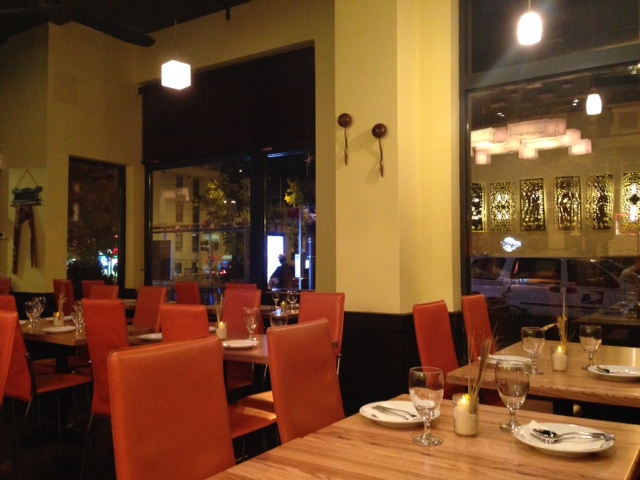 More photos including the opening menu after the jump. 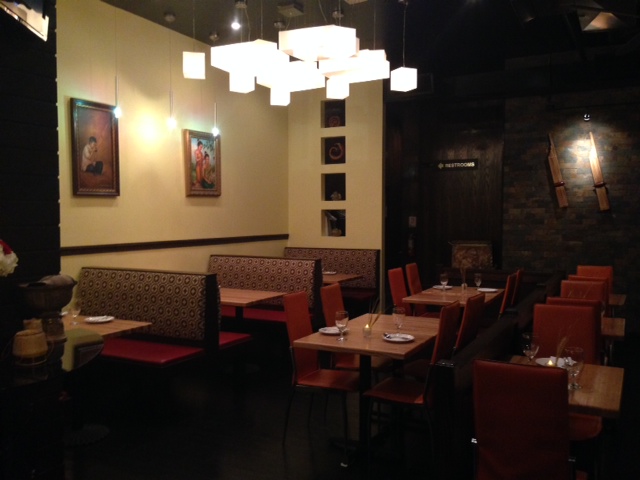 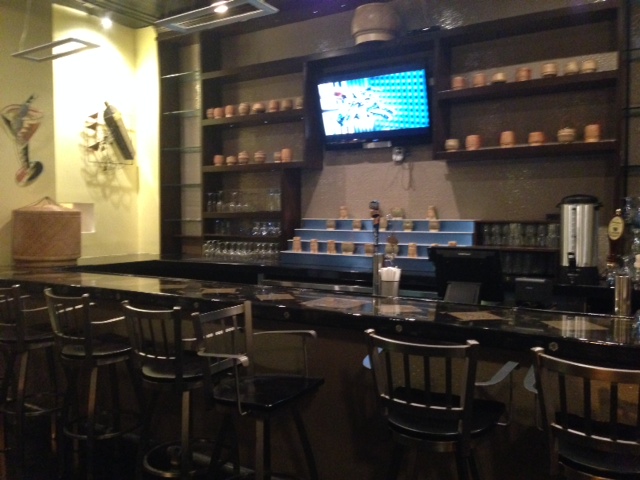 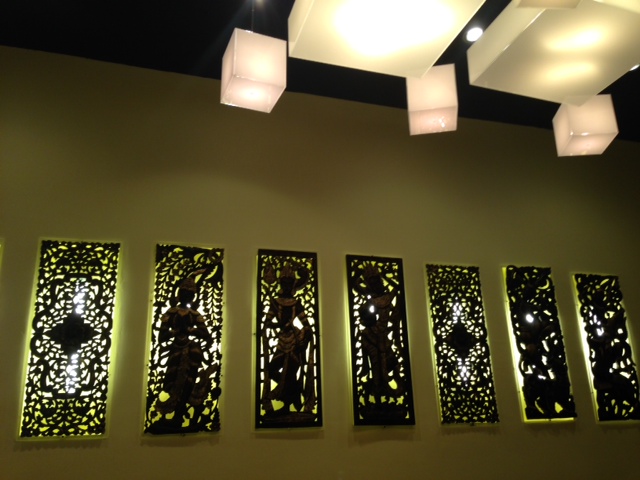 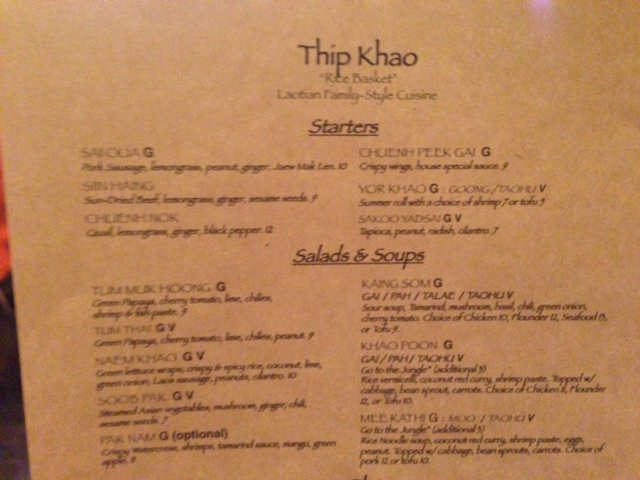 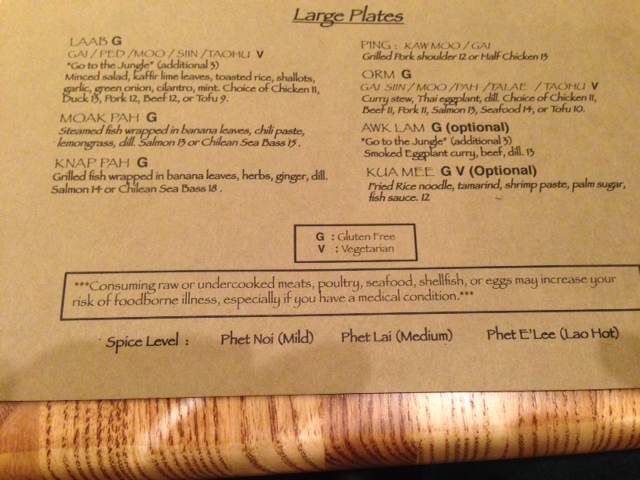 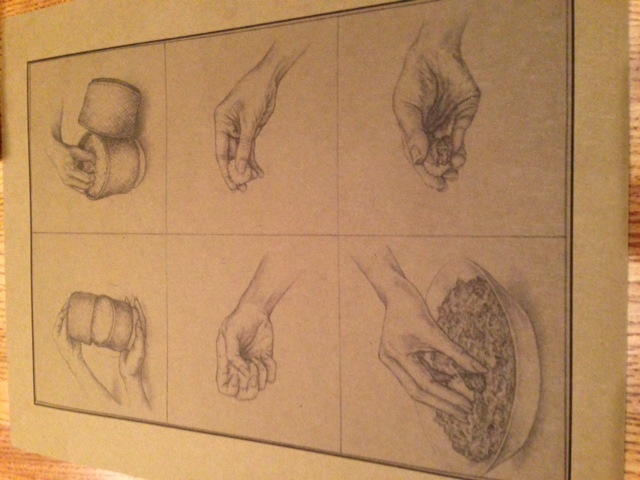 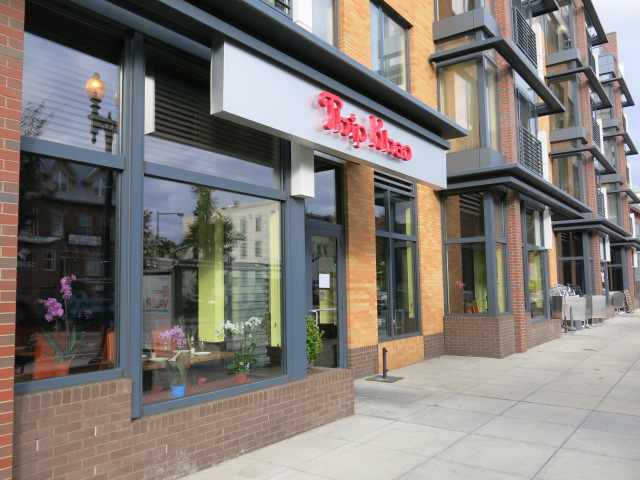