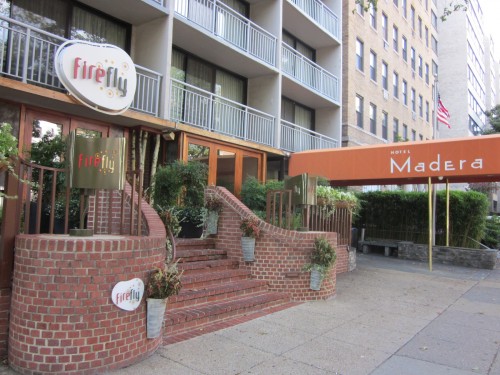 “Lindsay Autry, who placed third in Bravo TV’s ninth season of “Top Chef,” has joined the Firefly team as Executive Chef. Her most recent positions included Executive Chef roles at the Sundy House and the Omphoy Ocean Resort in Palm Beach, Florida. Autry graduated from Johnson & Wales University and honed her skills under James Beard Award-winning Chef Michelle Bernstein with positions at Azul at the Mandarin Oriental in Miami and MB in Cancun, eventually leading to the Executive Chef role at Michelle Bernstein Restaurant at the Omphoy.

A native of North Carolina, Lindsay describes her cuisine as soulful, embracing Mediterranean flavors while blending in her Southern roots​. Autry’s goals for Firefly include building on the restaurant’s reputation as a neighborhood gathering spot and creating approachable cuisine with a focus on conscientious sourcing and seafood. She plans on taking the next several weeks to settle in at Firefly’s kitchen and will unveil new menus in 2015.”

More Stories
Capitol Hill Sporting’s Liquidation Sale is For RealStephen Colbert stated, “I am stunned to be receiving a Kennedy Center Honor at such a young age. I thought it would be years before… I’m sorry. I’m being told I am HOSTING”