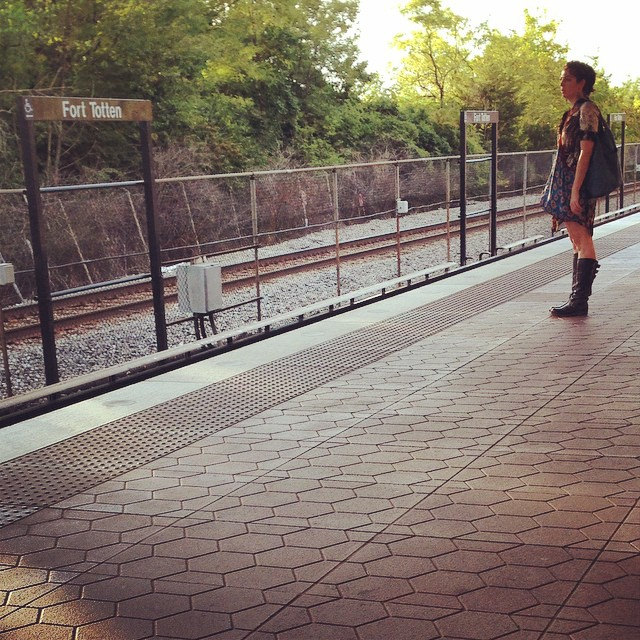 “Reconstruction of the Metrorail system will continue over the weekend of October 10-12 with service adjustments beginning at 10 p.m. Friday
and continuing through system closing on Sunday.

Orange, Silver, Blue, Yellow and Green line trains will operate at regular weekend intervals, except at Landover and New Carollton stations on Saturday only (see below). Red Line trains will operate every 22 minutes with additional trains providing service about every 12 minutes between Grosvenor and NoMa-Gallaudet during daytime hours.

Early Opening Sunday morning for the Army Ten-Miler
Metrorail will open two hours early, at 5 a.m., on Sunday, October 12, for customers traveling to the Army Ten-Miler. The closest Metro stop to the start of the race is Pentagon Station (Blue/Yellow lines), however riders may want to consider using Pentagon City as an alternate station due to potential crowding at Pentagon.

Red Line trains will operate as follows throughout the weekend:

Between Shady Grove & Glenmont: every 22 minutes
Between Grosvenor & NoMa-Gallaudet: every 12 minutes Saturday and Sunday from 9AM-9PM only

Between Cheverly & Vienna at regular Saturday intervals (every 12 minutes 9AM-9PM)
At Landover and New Carrollton only, trains will arrive and depart every 20-25 minutes between 9AM-9PM

Additional trains will operate every 8 minutes between Franconia-Springfield and Stadium-Armory from 6 a.m. until 8:40 a.m. and from 11:15 a.m. until 12:40 p.m. for riders traveling to/from the Army Ten-Miler.