“Shortly after 7pm [Wednesday], units received a call for a man down in the 1400 blk of Perry Place, NW. Upon arrival, an adult male was located suffering from apparent stab wounds. The male was transported to an area hospital where he was pronounced deceased. This case is being investigated by the Homicide Branch. Anyone with information is asked to call 202-727-9099.”

“Detectives from the Metropolitan Police Department’s Homicide Branch are investigating a homicide which occurred in the 1400 block of Perry Place, Northwest.

On Wednesday, October 29, 2014 at approximately 6:40 pm, police officers from the Fourth District responded to a call for service in connection to a man down in the 1400 block of Perry Place, Northwest. Upon arrival, they located an adult male suffering from apparent stab wounds. DC Fire and Emergency Medical Services personnel transported the victim to a local hospital where he succumbed to his injuries and was pronounced dead. The decedent was subsequently transported to the Office of the Chief Medical Examiner for the District of Columbia where an autopsy will be performed to ascertain the cause and manner of death.

The decedent has been identified as 41-year-old Inoe Javier Salvador, of Gaithersburg, Maryland.

Ed. Note: Last week an arrest was made in another stabbing homicide nearby at 14th and Meridian Pl, NW. 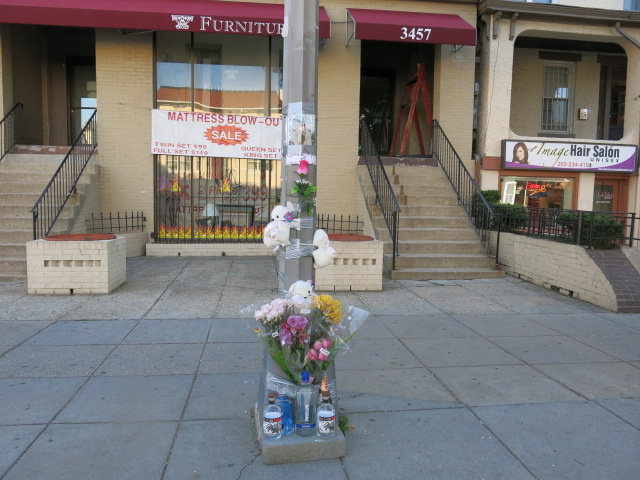