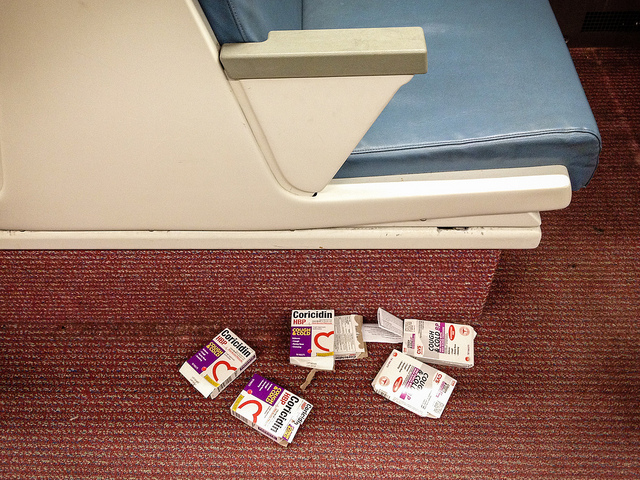 Got on the metro this morning and sat in the usual section – end of the car where the doors open at the escalators at my stop – and the woman I sit next to seems distinctly displeased that I chose to sit next to her. She begrudgingly moved her massive bag an inch or so to barely accommodate me (still, it ended up with half of it resting on my arm/side) and left her leg crossed and over into the area in front of my seat, preventing me from sitting comfortably. I asked if she could please give me some room – after trying to settle in my seat – and she huffed an ‘excuse me!” at me. I told her that her bag (large and heavy) was resting completely on me and that she had her leg over in my space. At this point she leaped up and climbed across me to sit elsewhere. Glad to have a comfortable seat again, I forgot about her, and next stop had someone sit next to me who wasn’t entitled and didn’t feel I was her personal bag rest or that the area for my legs in fact belonged to her.

The first woman – I’m sure thinking up something incredibly, devastatingly clever in the several stops to her destination – tried to say some parting words to me (for what? for asking her to remove her bag from my side?) as she got off the Metro, which I didn’t hear. Bravo for her.

This sort of behavior is not atypical of Metro riders in this town, but one sad and pathetic example of how someone reacts to a minor and reasonable request as if they were personally offended to the extreme. Settle down people.”

Ed. Note: TL;DR I guess the PSA is – your bag does not need it’s own metro seat. I agree.