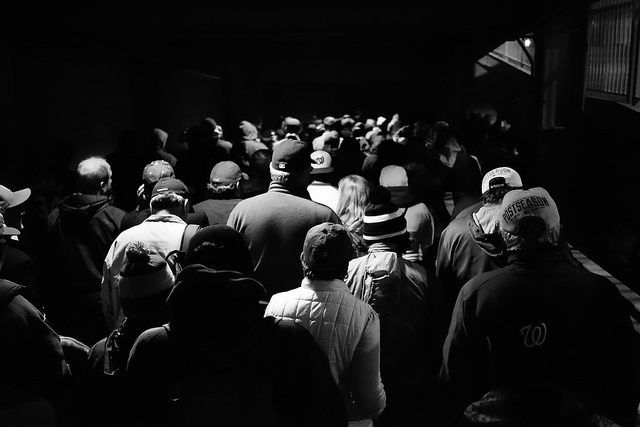 I began the process of interviewing for group houses with the same apprehension that accompanies me in most social situations. Would there be a place for my introverted self in a city of outgoing, happy hour-frequenting DC socialites? Five weeks in, I have rephrased my question. I’ve made my best attempts at convincing future housemates that I’d be an asset to their home, modeling my responses off the sound logic of Goldilocks: I’m not too quiet, but not too loud; not crazily clean, but not too messy; down to hang, but never clingy. Despite my guarantees, I’m beginning to wonder if my physical dissimilarity to Goldilocks is working against me. I now ask myself: Could there a place for me in a group house if I’m not white?

The majority of the group houses I’ve visited – and subsequently been rejected from – have had a total of zero minority residents. In one house, the cheerful blonde who answered the door and provided a tour didn’t ask me a single question before showing me the exit. “We’ll text you!” she said encouragingly. Unsurprisingly, I later got a text that she had chosen someone else. In other interviews that provided greater opportunity for conversation, I tried to highlight different aspects of my personality: Dancer at Group House One, dog-lover at Group House Two, and artist at Group House Three. But no matter how I present myself, the fact remains that I am brown in a sea of white. In a city where my generation prides itself on being progressive and inclusive, where is the diversity in living arrangements?

I feel the pressure on the other end of the process as well. I am trying to fill my room in the house where I currently reside with two other South Asian women. After a few interviews, we began to wonder whether people felt uncomfortable in our all-brown residence. We agreed that perhaps only two of us should be at home during the interviews, as to not overwhelm anyone’s white sensibilities. I even considered asking a white friend to come over to put interviewees at ease. The combination of my experiences has made me question whether people’s “gut feelings” can ever truly be color blind. As a plethora of recent research shows, implicit bias seeps into every area of our lives, affecting our interactions, relationships, and decision-making. Research from the Urban Institute that has tracked racial discrimination in the housing market over time has found that it stubbornly persists today; in controlled experiments, minority homeseekers are still told about and shown fewer housing units than their white counterparts. Everything we know about implicit bias suggests that it would have a significant effect on decisions as personal as selecting a stranger with whom to cohabit a home.

It remains unclear whether I will ever find a spot in a group house. To my fellow twenty-somethings: Let’s put our progressive ideals into practice and check ourselves on even the most subtle forms of bias. Oh, and if you’re looking for a housemate, you know who to call.