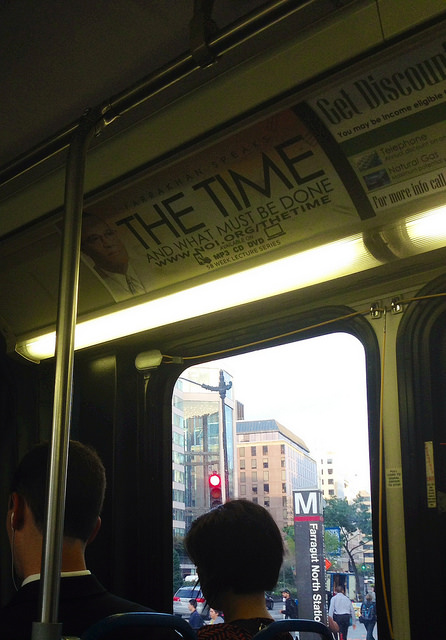 On my morning commute today (via the S1) I noticed ads on the bus for Louis Farrakhan’s latest diatribe, called “The Time”.

Mr. Farrakhan has a long history of hateful sexist, racist, and anti-Semitic speech and recently even accused the government of spreading ebola to kill black people. While I respect his right under the First Amendment to spread such contemptible speech, I do not believe public transportation should broadcast this message via paid ads.

I wonder how the broader community feels about this?”

Ed. Note: Metro has previously faced criticism for pro and anti Israel campaigns. At that time The Post reported that metro was sued “on First Amendment grounds, a federal judge in Washington ordered the ads to be posted.”

Read more →
More Stories
From the Forum – Anyone have experience with IZU buying? I shouldn’t get my hopes up…right?Tues. Afternoon Rental Option – Cathedral Heights