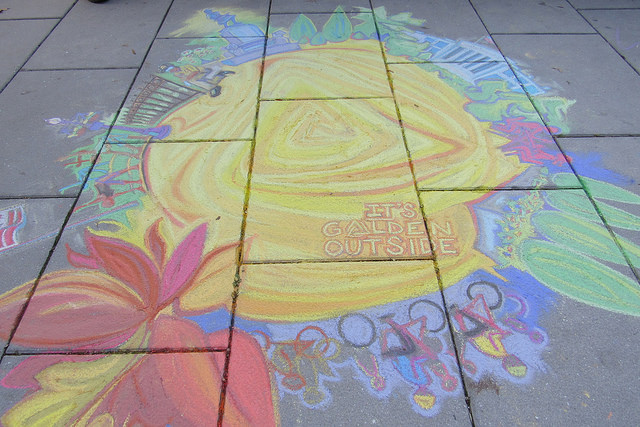 From the Golden Triangle BID (and thanks to the others who tweeted me):

“The chalk art mural will be drawn by Whitney Waller — a local artist from the Corcoran School of Arts & Design — who will transform the sidewalk in front of 1700 Pennsylvania Avenue into an artistic canvas for commuters, office workers, and tourists to enjoy.

“This chalk art project is part of the BID’s ongoing effort to capture the vitality of the city,” said Leona Agouridis, executive director of the Golden Triangle BID. “West of the White House, Pennsylvania Avenue links the world to powerful economic institutions, including the World Bank and International Monetary Fund. Creating art at on one of the most influential and well-known streets in the world is another way we are connecting commuters and local residents to this neighborhood.”

The chalk art mural plays a role in the BID’s larger vision to make Pennsylvania Avenue, west of the White House, a grand urban boulevard. The Golden Triangle BID has begun working with stakeholders on the collective vision of Pennsylvania Avenue between the White House and 21st Street NW. The BID and its partners on the project are exploring temporary and permanent uses of public space that will help make the corridor more vibrant and attractive for area workers and visitors.

While the chalk art project is only temporary for a few days (if the weather permits), the Golden Triangle BID has other public art displays that have made the central business district one of the city’s most vibrant commercial areas. The BID has created wall murals, painted historic call boxes, and installed six artistic bike racks, including one made of recycled parking meters.” 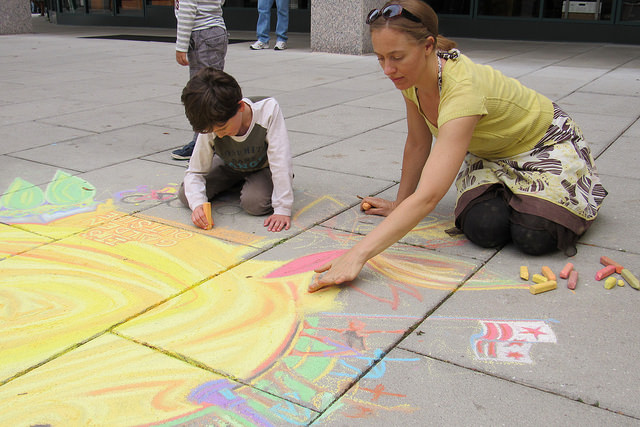