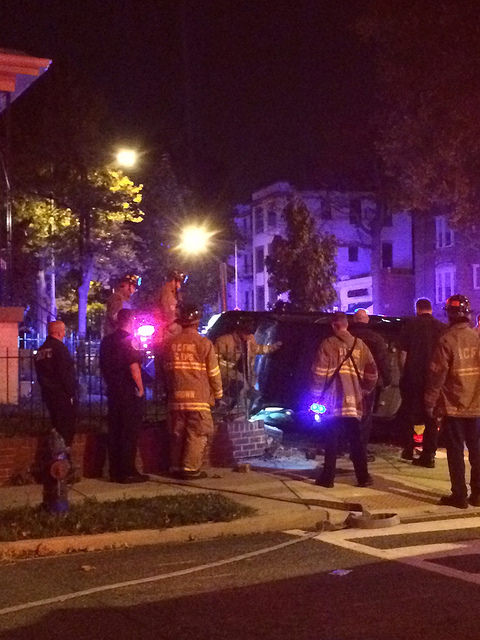 Driver was heading EB on Girard travelling at about 50 mph. When he crossed 11th he must have lost control and smashed into the wall in front of the house on the SW corner. The car ended up on its side. Luckily there was a police officer travelling shortly behind the driver so he was the first on the scene. They pulled the driver from the car alive and took him away in an ambulance. I can only imagine that the driver was drunk but I don’t know for sure.”