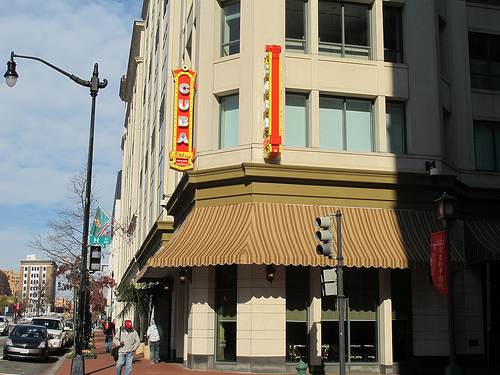 “Cuba Libre Restaurant & Rum Bar, located at 801 9th Street, NW Suite A, next to the new City Center, is pleased to announce the appointment of a new executive chef, Matthew Zagorski. He will spearhead the kitchen in Washington, DC bringing the flavors of Old Havana and Cuba’s culture to the District, and will work under the direction of two-time James Beard award-winning Chef-Partner Guillermo Pernot.

Matthew Zagorski joins Cuba Libre DC after training at the restaurant’s flagship location in Philadelphia under celebrated Concept Chef Guillermo Pernot. In his new position in the nation’s capital, Zagorski will showcase an imaginative Cuban menu. It will feature a mix of robust and soul-satisfying dishes of beef, poultry, pork and seafood with exotic fruits and vegetables, herbs and seasonings that are based on the culinary traditions of Cuba’s storied island, recognizing the diversity of the Cuban people. Through the new menu, Zagorski will reach beyond the dominant Spanish influence to represent the native Tainos, as well as the African, Asian, and Haitian-Creole peoples that have inhabited Cuba for centuries.”

Read more →
More Stories
Danny Todd’s “We serve seafood and barbecue along with breakfast all day!” at 13th and H St, NE – Check Out Their MenuThis D.C. Council At-Large candidate is a community activist, strategist, and a mom who cares