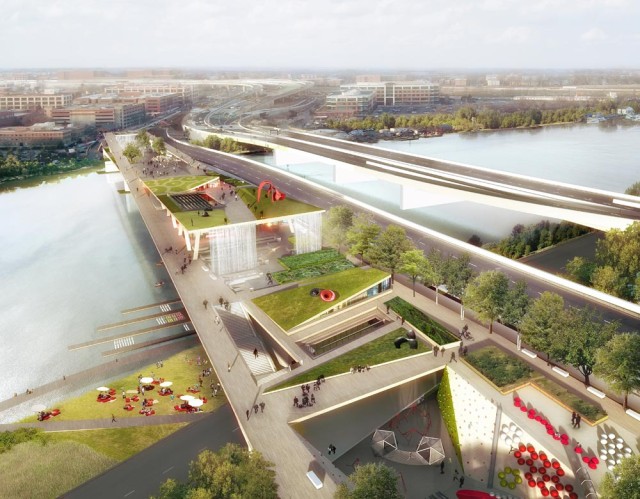 After a seven-month nationwide competition, the OMA + OLIN design was unanimously selected by the competition jury. The design team was asked to transform an aged-out freeway bridge into a one of a kind new civic space over the Anacostia River.

Continues with lots more info and renderings after the jump. 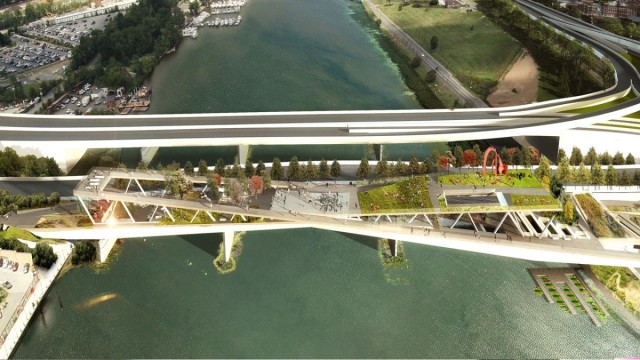 “The 11th Street Bridge project is a special precinct in the structure of the City” said competition Juror Harry G. Robinson III, FAIA, Professor of Urban Design and Dean Emeritus, Howard University. “It is at once both a crossing and place. In its purest role it is a hyphen that connects and celebrates the physical and cultural histories of two historic and vibrant Anacostia shoreline communities, while establishing a civic expression of democracy.”

Juror Dr. Howard Frumkin, Dean, School of Public Health, University of Washington added, “The 11th Street Bridge project is enormously exciting, not only as a means of building community and improving quality of life, but also as a strategy for promoting health.  It will promote physical activity, access to healthy food, contact with nature, socializing—all proven prescriptions for better health.  What a giant step for the health of the people of our nation’s capital!”

“The OMA + OLIN concept is simply brilliant in the way they captured ideas we heard from residents on both sides of the river and from across the city” said 11th Street Bridge Park Director Scott Kratz. “These thoughtful designers – some of the best architects and landscape architects in the world – have taken community driven ideas and created a compelling new space that will connect two historically divided parts of the city while adding a new shape to the capital’s iconic monuments.”

In addition to a unanimous jury selection, OMA + OLIN’s inspirational design received the highest marks from the competition’s “Design Oversight Committee” comprised of community stakeholders and the most votes in a public poll of over 1,100 participants.

“Our design creates a literal intersection and a dynamic, multi-layered amenity for both sides of the river,” commented OMA Partner-in-Charge Jason Long. “It simultaneously functions as a gateway to both sides of the river, a lookout point with expansive views, a canopy that can shelter programs and a public plaza where the two paths meet. The resulting form of the bridge creates an iconic encounter, an “X” instantly recognizable within the capital’s tradition of civic spaces.”

Hallie Boyce, OLIN’s Partner commented, “The 11th Street Bridge Park project is an incredible opportunity to contribute to the civic fabric of Washington, D.C. through the design of an iconic, multi-functional landscape which promotes the health of the river and its adjacent communities acting as a model both nationally and globally.”

The 11th Street Bridge Park is a collaborative effort of the D.C. City Government and the Ward 8 based non-profit “Building Bridges Across the River at THEARC.” 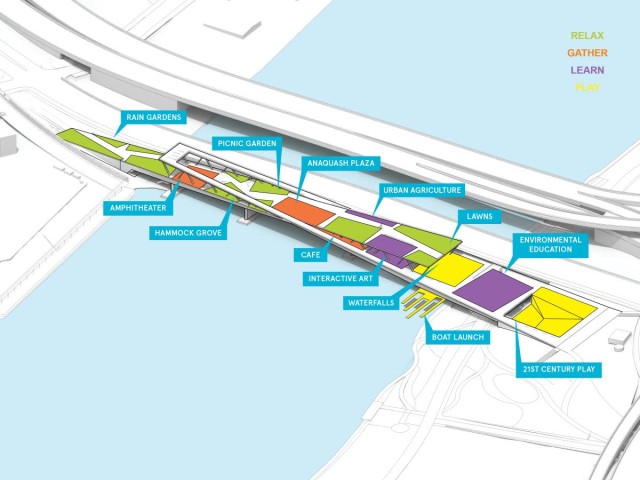 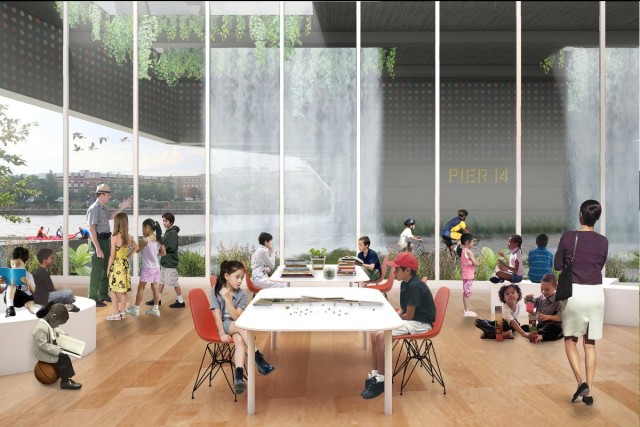 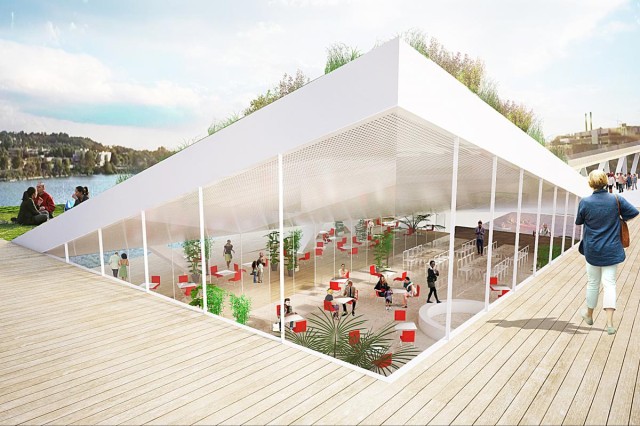 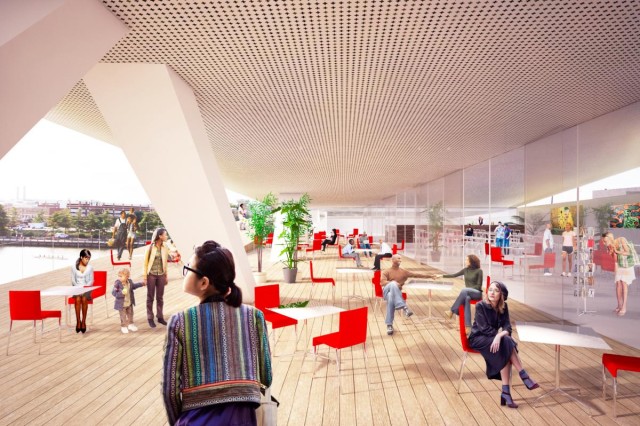 More Stories
How Universal Gear Does PoliticsShooting in Hill East around 17th and Independence Ave, SE at 9:45 last night