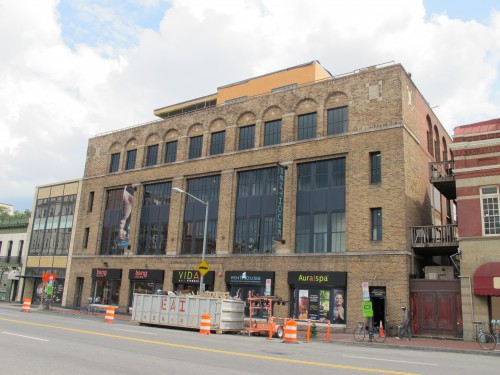 Was just heaving the u st vida [Sunday] and several women were standing at front desk with a police officer – the locks had been cut off their lockers while they were using the gym and all their stuff stolen.

The lights are all in the locker rooms because of an electrical issue – not sure if related or not.

Any one else hear of other gyms bring hit?”

Ed. Note: We used to get regular reports of similar occurrences from the Washington Sports Club in Columbia Heights but it’s been a while since I’ve received a report.