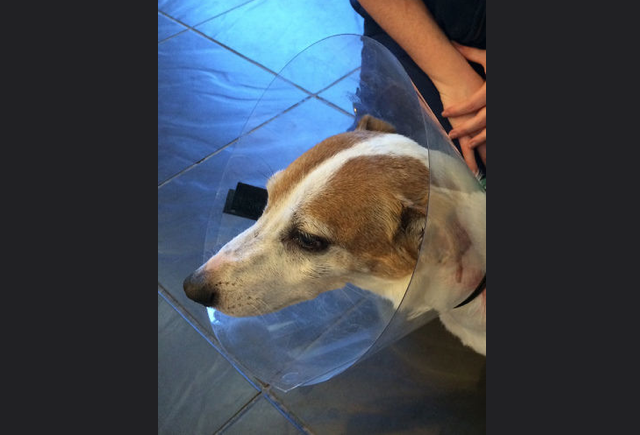 This afternoon [Thursday] around 4:40pm I was at the Shaw Dog Park with my 10.5-year-old Jack Russell Terrier Baxter. He was doing the usual frolicking and playing along with about 5 or 6 other dogs. Out of nowhere a large black female Pitbull named Molly attacked my dog, throwing him to the ground and rolling him. I ran to the dog to try to intervene but, for obvious reasons, did not grab Baxter until the Pitbull backed off a bit. I looked up at the other owners and not one person came to aid or indicated this was their dog. After noticing that Baxter was bleeding profusely I decided that I should go to the vet. About five minutes after the Pitbull attacked my dog she attacked another… all while the owner (an elderly white male) did NOTHING to intervene or apologize.

Baxter spent 2 hours in the vet and it costs us $400 for sutures, a drain, antibiotics and a cone. He’s got a lovely shaved spot on his shoulder from the surgery. We have filed a report with animal control but we aren’t sure what the next step is. Obviously we realize there is some assumed risk when going to a dog park but it’s completely absurd that this dog’s owner apparently doesn’t care that his dog is aggressive. This dog should be euthanized and I think the owner should pay for at least half of the vet bill.

On a side note, City Paws on 14th is a fantastic vet! I’m hoping you can post this to warn other dog owners to look out for this violent dog and also hopefully someone else who was there this afternoon can speak up, call animal control and help up track down the irresponsible owner.”

Graphic photo of complete injury after the jump. 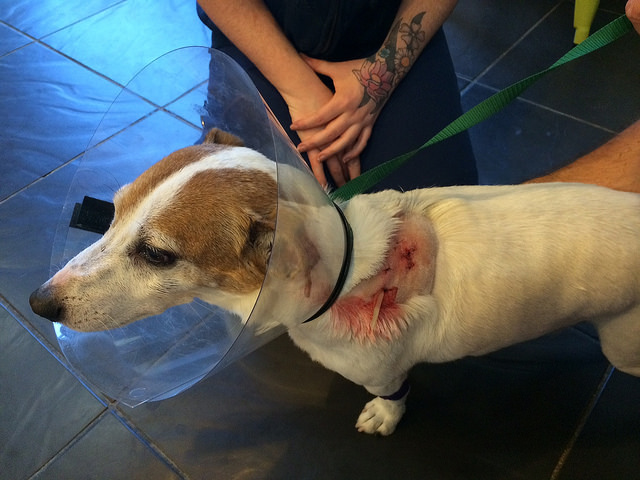