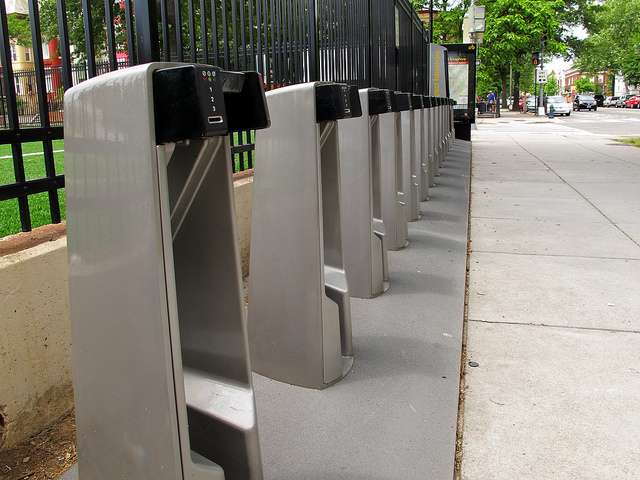 I’m relatively new to Capital Bikeshare (within the last year) and have really loved it’s convenience when getting around on the weekends. During the week though, not so much.

My office recently moved to Shaw from Takoma Park. Since I live in Columbia Heights, Shaw is a very easy commute, so I’ve been trying to bike as often as possible. However, I’m a late starter in the morning and usually go to work later than the conventional rush hour. By the time I’m out the door (usually between 9am and 10am), all the bike stations nearby never seem to have a bike available. I’ve emailed the Capital Bikeshare customer support five times since June about their bike balancing and availability after the main rush hour is over. Each time they have either not responded or responded saying that they are “working on it.” While I appreciate them getting back to me, I’ve grown pretty frustrated by the fact that I haven’t seen any progress.

Has anyone else experienced the same issue? Am I the only one reaching out to Capital Bikeshare? Capital Bikeshare is such a great concept but it sucks that my morning bike commute has been so unreliable.”

Ed. Note: We once talked about the scarcity of bikeshare bikes back in 2011. Anyone else notice an improvement since then? Anyone successfully commute using bikeshare? If so, what time do you usually get a bike?

Read more →
More Stories
In other Oktoberfest Celebrations – a big one at Heurich House tooPhotos from PoPville – Thumbs Up, High Five