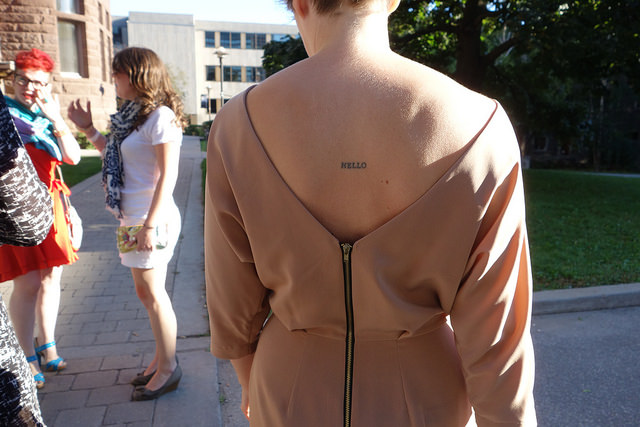 “Metro is planning a pilot program to test new fare technology and fare gates to allow riders to pay for their trip in new ways, including next-generation smartphones, NFC-enabled watch, contactless credit and debit cards, Federal ID cards and more.

On Thursday, Metro will announce a pilot program to test the new technology at 10 Metrorail stations, six Metrobus routes and two parking facilities, beginning in January.

Installation of new fare gates, bus and parking payment targets for the pilot will begin in October. Metro will begin recruiting customers to participate in the pilot within a matter of weeks.

The new fare system will allow riders to pay for their trip using a variety of new methods, without the need to convert U.S. currency to Metro fare value. For example, visitors to the region will be able to enter and exit the rail system and pay for their trip using many types of NFC-equipped or contactless credit or debit cards and mobile devices, all without stopping at a fare machine or purchasing a SmarTrip card. Federal workers eventually will be able to use their workplace ID card.

If the pilot is successful, Metro plans to replace the now decades-old fare gates and vending machines at station entrances across the system, and add new payment targets onboard buses and at parking facilities, starting in 2017. The replacement of outmoded technology is expected to result in faster, more reliable fare payment for thousands of riders each day as they travel through Metro’s rail, bus and parking systems.

Design, development and deployment of this new system will be a multi-year initiative. SmarTrip cards will continue to be accepted for the foreseeable future.”