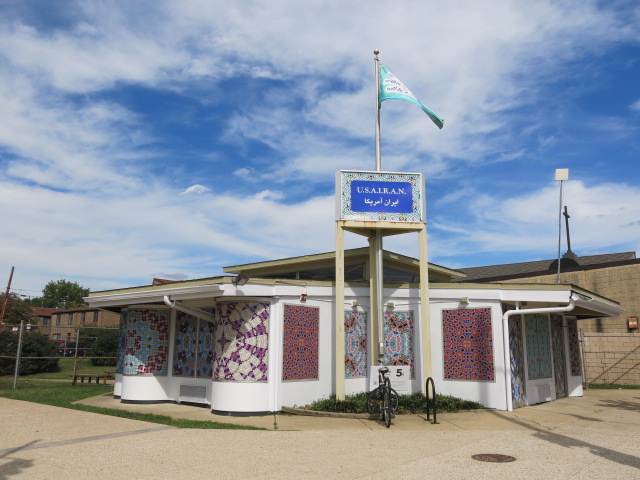 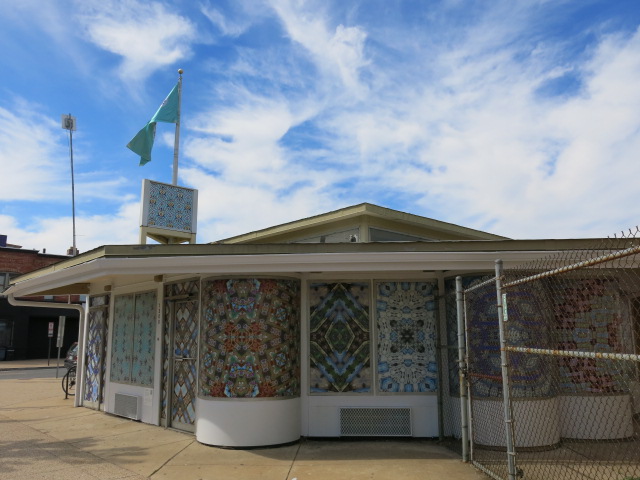 “U.S.A.I.R.A.N obscures the perceived divide between Iranian and US identities. By reappropriating the exterior of a vacant building in D.C.’s thriving H Street corridor, artist Sanaz Mazinani creates a sculptural symbol for the transference of culture in which one’s personal politics are recontextualized and cross-examined.

The installation brings attention to the void of Washington D.C.’s official Embassy of Iran, which has stood regal yet vacant on Massachusetts Avenue NW since 1980. Mazinani wraps a quintessential mid-century American building — the site of the former Robert L. Christian Community Library — in intricate Islamic patterns. Articulating the nebulous sense of place from the perspective of an emigrant, muraled windows and walls reference the architectural details of the former Embassy. Upon close inspection, one will see that these patterns are comprised of mass media imagery, composed in both parallels and contradictions. U.S.A.I.R.A.N examines absence and placelessness, while at the same time explores the potential for harmony. It is a site from which to build mutual respect and activate cultural exchange.” 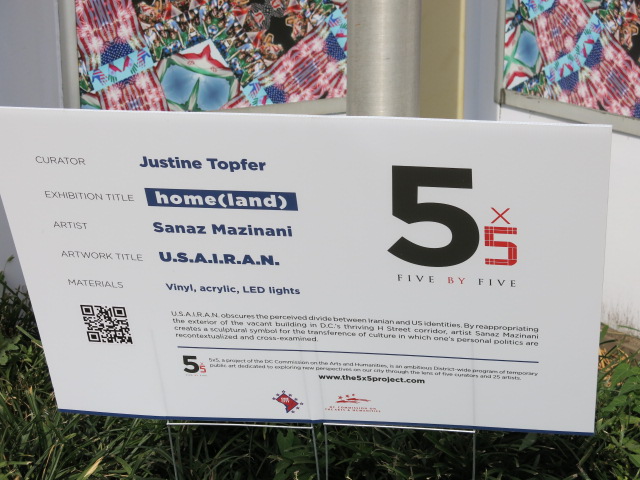 photo by Jennifer “Dear PoPville, Would you know where I may buy local honey?”

photo by DCbmyers “Dear PoPville, There is a young male who walks around the neighborhood on a regular basis, usually asking for money every now and then and sometimes carries…