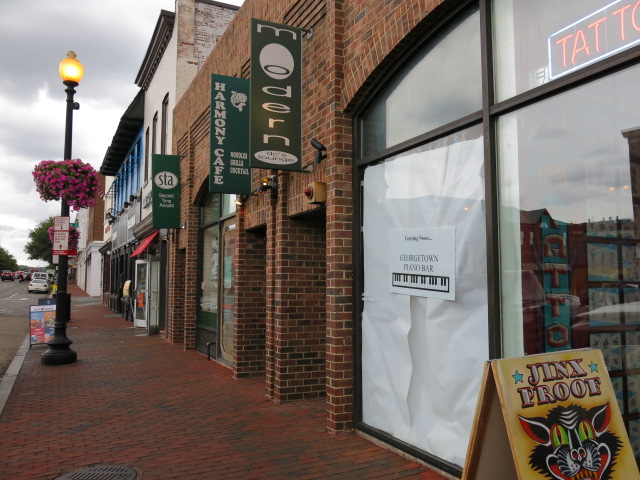 “Bill Thoet and his partners in the newly formed NBP Group, LLC are pleased to announce their new Georgetown Piano Bar at 3287 M Street, NW, 20007, with an anticipated opening of Friday, September 12th. Guests will enjoy world class live entertainment showcasing two of the area’s most recognized pianists, Hunter Lang and Spencer Bates. Those with a favorite tune are welcome to request it here and lyric books will be made available to encourage sing-along. Guests itching to get up and perform solo will have the opportunity to do so as well. Thoet, an Executive Vice President of Booz Allen Hamilton, is an avid piano bar goer himself. He enjoys singing Frank Sinatra hits and famous show tunes. 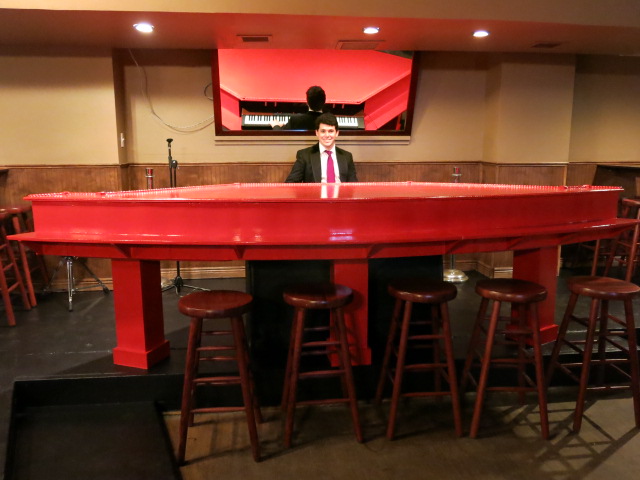 Georgetown Piano Bar will be open Sunday through Thursday, from 5 PM to 2 AM; Friday and Saturday from 5 PM to 3 AM. Guests can look forward to live piano music beginning at 9 PM until closing time seven nights a week, and there is no cover charge to enter and enjoy the entertainment, which is going to be engaging and lively with the piano being center stage for guests to gather, mingle and sing. “Georgetown Piano Bar is not going to be one of those places where a piano player is the background music for people having high-end cocktails,” Thoet states.

According to Thoet, the ultimate vision for design scheme of Georgetown Piano Bar is to create an environment that is enveloping and inviting while simultaneously being a place where people feel enlivened by the music.  This is achieved by incorporating wooden textural elements into the space complemented by rich red and mahogany hues.  These traditional components are enhanced by the more unconventional pieces throughout the space such as the circular sunken bar and a glossy cherry red piano.  The bar is organized to revolve around this unequivocal centerpiece, the piano.  The design plan allows for one or two piano players to perform together. It also incorporates seating for guests to sit directly across from the piano player or to listen while lounging on custom upholstered built-in benches just across the bar. 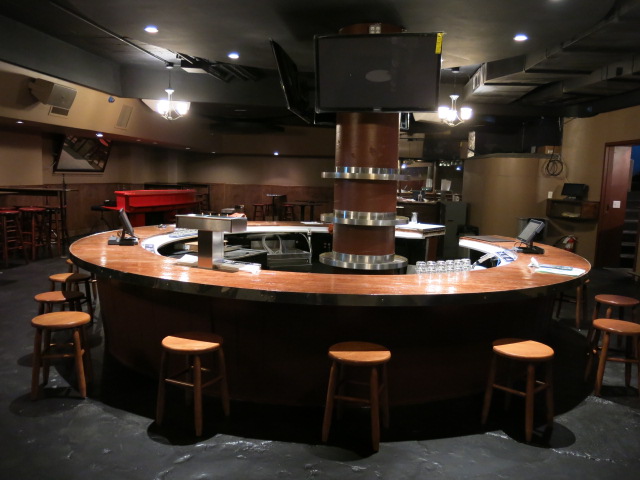 Georgetown Piano Bar’s weekend performer, Hunter Lang, is an extraordinary singer/songwriter and pianist. He has been practicing his art for nearly seventeen years. Originally playing by ear, Hunter studied classically with Lithuanian Virtuoso Broniaslavia Kimel and the brilliant Memphis musician Joan Gilbert. He has also studied at the Grammy award-winning Douglas Anderson School of the Arts in Jacksonville, Florida. In 2008, Hunter performed master classes at the New England Conservatory and the Longy School of Music in Boston. MA. He has studied songwriting and commercial music at Berklee College of Music in Boston and dedicated the majority of his time to the music industry program at the University of Memphis, in Memphis, TN. Over the past decade, Hunter has entertained thousands, performing in piano bars and large venues, for senators, governors, and even the presidential family. Hunter plans to release his first album in December 2014. Guests at Georgetown Piano Bar can look forward to Hunter’s interactive show, which delivers an emotional and physical performance. Classically trained, he has an extraordinary skill playing the piano, producing a sound that is all his own.  The World Music Society has stated “that if you combined Jerry Lee Lewis, Billy Joel, and Mozart, you would have Hunter Lang.” His unique voice, timbre, and vibrato leaves the crowd wanting more as Hunter is a showman who uses humor and charm to woo his audience.

Georgetown Piano Bar’s weeknight performer, Spencer Bates, is a DC-based singer/songwriter, and piano entertainer. He will be performing Sunday, Monday and Tuesday evenings as well as the first, second and fifth Wednesday of every month. For over a decade, he has played nightly at solo and dueling piano bars, universities, and other venues across the country, including an eleven year, three night a week gig in Georgetown, DC. Completely self-taught, Spencer has written, recorded, and released three solo albums. Spencer’s original music has played on college radio stations, and he has earned accolades including Washington Post’s “Editor’s Pick” and the Takoma Park Folk Festival “Emerging Artist” award. In addition to his original music, Spencer maintains an ever-increasing repertoire of over 2,000 cover songs, spanning every genre and decade. A talented and charismatic entertainer, he who enjoys interacting with the crowd and keeps them singing along, laughing, and tapping their toes throughout every performance.

More Stories
Real Estate Listings In D.C. and Inside the BeltwayStatement from Chancellor Henderson Regarding Inaccuracies in Petula Dvorak’s Washington Post Column – ’13-year-old piano prodigy is treated as a truant instead of a star student’