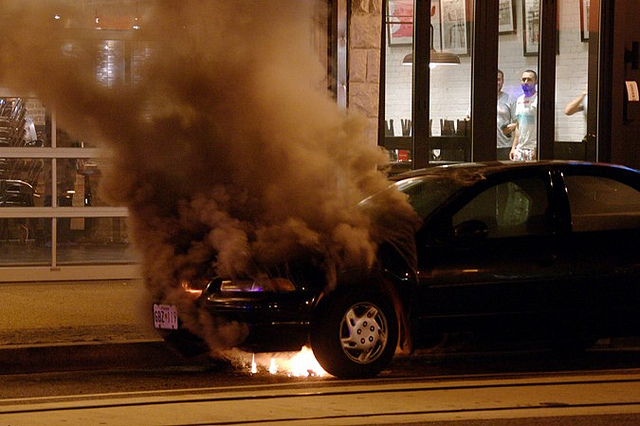 I was hoping to get some ideas from the PoPville community on how to get my junker car removed from DC. I have a 2000 Mercury Cougar that, while it still looks in good shape, has serious issues under the hood. A bad electrical system, leaking oil due to a water pump failure, and to top it off the gas tank has apparently developed a hole. I have been trying to find a junkyard that will take it for scrap but either they won’t accept it or won’t come in to DC to get it. I’m wary of trying to donate or anything like that because I’m afraid someone will get it barely running to sell to an unsuspecting person who would then have a problem ridden car they probably paid too much for. Basically I want to make sure this thing goes to the big parking lot in the sky as soon as possible and I’m sure my neighbors would appreciate its disappearance from the street as well since it’s starting to look grimy after sitting for so long.

Any help from someone out there that has dealt with this situations would be greatly appreciated!”