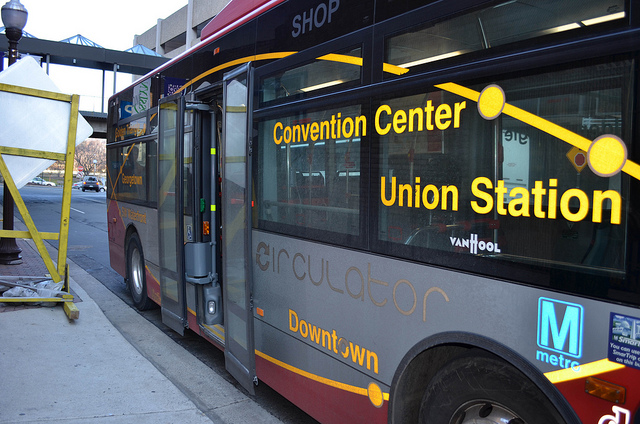 “The District Department of Transportation (DDOT) today released the 2014 DC Circulator Transit Development Plan Update (TDP) for public review and comment. In 2011, DDOT completed a comprehensive TDP to guide the growth of the Circulator System over the next 10 years. The 2014 update of the TDP was developed using feedback from the public at the DC Circulator Semi-Annual Open House, six pop-up meetings, and online surveys held earlier this year. Residents have until November 7, 2014, to weigh in on the plan.

“This is the first time a Circulator TDP has been released for public comment,” said DDOT’s Acting Director Matthew T. Brown. “We want to hear from several communities on the draft plan, and how they want to see the system develop in the future.”

Based on the analysis of land use and screening of corridors based on planning criteria measures, the Draft 2014 TDP identifies six new routes and four route extensions for the 10-year growth plan, implemented in the following three phases:

Please see the following link to review the plan, and to provide comments in the feedback form. “