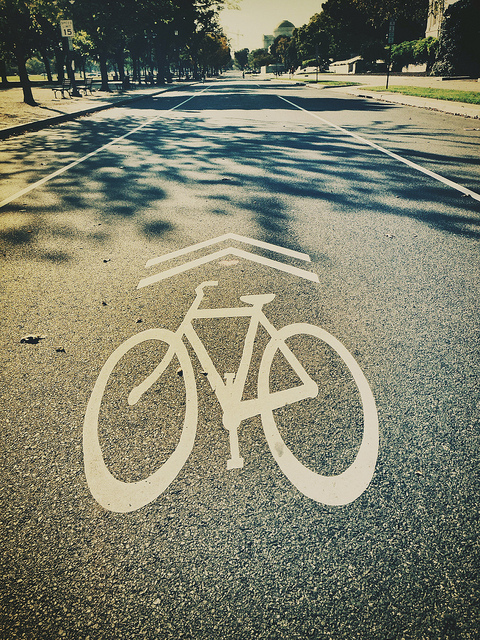 “In the last two years across DC, pilot bike-lane projects switched to full-scale implementation. A protected lane on M Street recently went in with sturdy concrete curbs instead of plastic bollards. In 2013, DC unveiled a new transportation master plan featuring 70 more miles of similar fully protected bike lanes. By increasing ridership in underserved communities and making cycling safe and comfortable for all, a city known for its gridlock—both vehicular and political—strives to lead the nation.”

Also in the region – Arlingon ranked 19 and Alexandria ranked 31.

5463 Wisconsin Ave towards Western Ave Thanks to Scott for sending: “Signage, carts, and coming soon bananas are up at the Amazon Fresh location in Friendship Heights / Chevy Chase.”