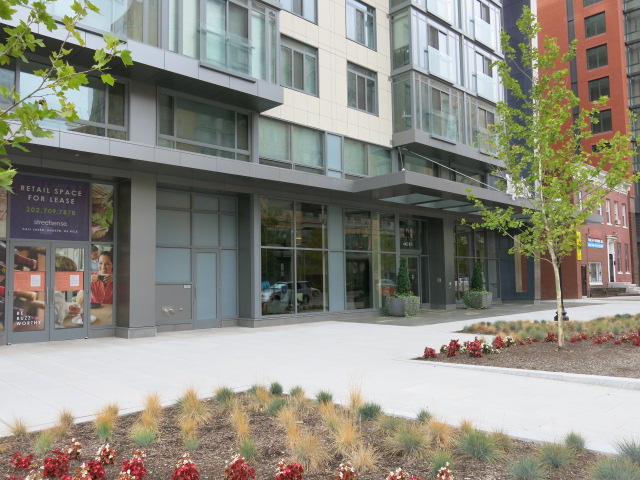 “Residents of the Lyric 440 K Apartments in Mount Vernon Triangle can add an on-site bakery/coffeehouse to their amenity list with the signing of a retail lease with the owners of Baked & Wired, the iconic coffee shop and bakery in Georgetown. Owners/developers Quadrangle Development Corporation and The Wilkes Company announced the 4,231 square foot lease today, as the new apartment community surpassed the 70% leased mark. The new concept – to be named later this year – will be a sister store to Baked & Wired and will offer handcrafted breads using slow fermentation and traditional baking methods along with hand crafted coffees from a custom Slayer espresso machine using multiple small roasters. The shop will offer a light fare menu that encourages pairings of breads with house-made spreads and toppings. Baked & Wired pastry fans need not worry – the new store plans to provide an assortment of retail offerings and sweets to complement the menu and Baked & Wired customers will be able to pick up special orders at the Lyric 440K location. The new store will have café seating and a welcoming, community atmosphere.

“We want this new concept coffeehouse to be a comfortable gathering space for residents of Lyric 440K and people from all walks of life – from residents and office workers to tourists, students and sports fans headed to nearby venues,” said Baked & Wired owner Tony Velazquez. The new store is scheduled to open in early 2015.”