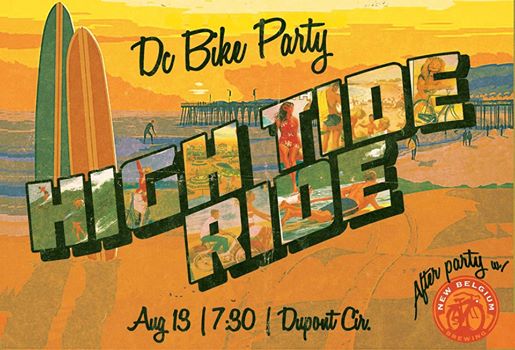 Last night a reader tweeted us:

“a bystander stabbed a DC Bike Party rider tonight in SW DC. Kid had a knife as we rode by.”

In an email a few more details were shared:

“We were riding up as the whole group through First St SW. Last leg of the ride as we headed back towards the Mall and Chinatown. Lots of folks in the neighborhood were cheering, waving, and saying hi as we rode by. We got to an apartment complex where some youths were standing between cars high-fiving riders. We were in front of it, but as we rode by, one of the bystanders had a knife in their other hand and slashed someone.”

On DC Bike Party’s facebook page there is no mention of this incident:

“What an awesome night! Thank you to New Belgium Brewing, Ironhorse Taproom, City Bikes, and most importantly DC Bike Party volunteers! They are the people who make it all happen.”

I’ve sent an email to the organizers to see if they’ve heard anything. Anyone else happen to witness this incident?