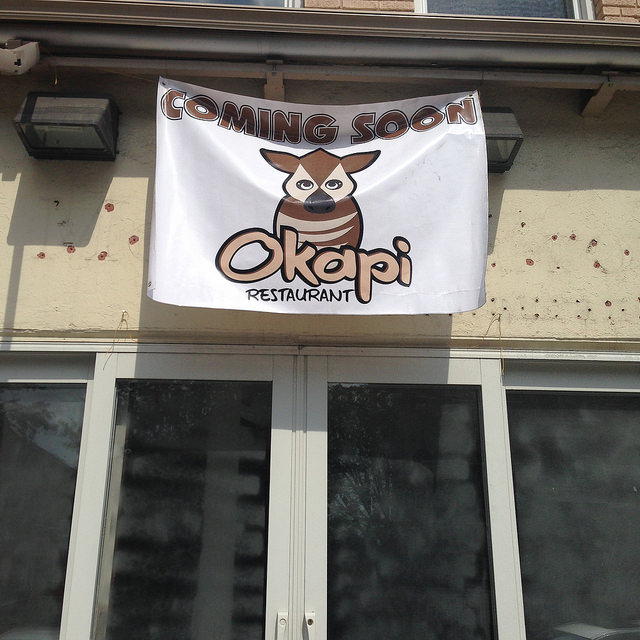 “The former Moroni Bros has a sign up now. Something called Okapi?”

[The okapi, also known as the forest giraffe or zebra giraffe, is a giraffid artiodactyl mammal native to the Ituri Rainforest, located in the northeast of the Democratic Republic of the Congo in Central Africa. Although the okapi bears striped markings reminiscent of zebras, it is most closely related to the giraffe. The okapi and the giraffe are the only living members of the family Giraffidae.

The animal was brought to prominent European attention by speculation on its existence found in popular press reports covering Henry Morton Stanley’s journeys in 1887. A 2013 study determined there are 10,000 okapis remaining in the wild, down from 40,000 a decade ago.]

Updates as more info is known and Okapi gets closer to opening. 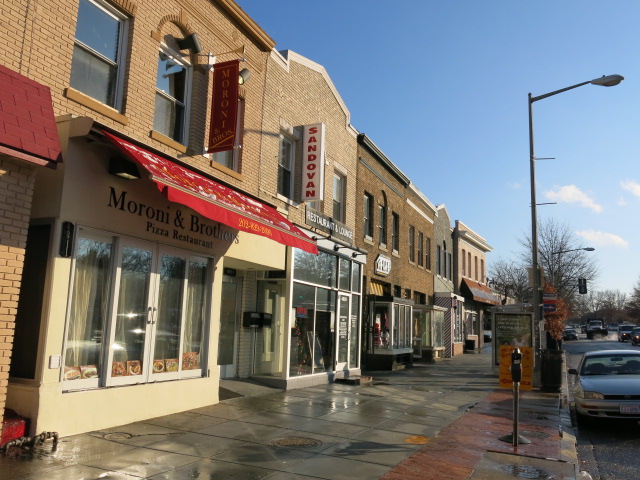 Read more →
More Stories
Dupont ANC Rep Arrested for Allegedly Using a Racial Slur and Attacking a Homeless Person“Should I round up my parent friends and have a ‘baby sit-in’? What’s the protocol here?”