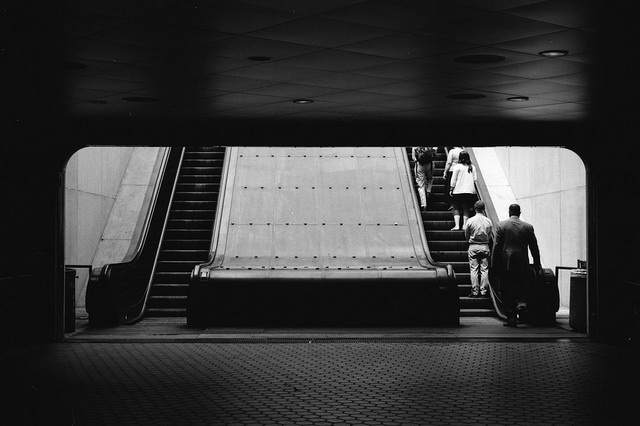 “July 4th service information
On Friday, July 4th there is no scheduled rebuilding work. Metrorail will open 7 a.m. until 3 a.m. Trains will run on a Saturday schedule until about 2 p.m., and then gradually ramp up to near rush-hour service levels before and after the fireworks. Off-peak fares will be in effect all day and parking will be free at all Metro-operated facilities. Metrobus will operate on a Saturday schedule.

On Saturday and Sunday, Red Line trains will operate as follows:

Between Shady Grove & Glenmont: every 15 minutes
Between Grosvenor & Silver Spring: every 10 minutes Saturday & Sunday from 9AM-9PM only

“On Friday, July 4, 2014, there will be several events taking place in the District of Columbia in relation to the Independence Day Festivities. In conjunction with these events, there will be numerous street closures and parking restrictions that motorists should take into consideration:

A Capitol 4th – Celebration on the National Mall:

9th Street Tunnel from Pennsylvania Avenue to the SE/SW Freeway

12th Street Tunnel from the SE/SW Freeway to Pennsylvania Avenue

Motorists should be advised that the 14th Street Bridge and the Roosevelt Bridge will remain open throughout the day. Motorists are reminded that there is no parking or stopping on the bridges. Any vehicles that stop on the bridge will be immediately ticketed and towed.

395 North and utilize the 3rd Street Tunnel to access areas north of the Mall.

Following the conclusion of the July 4th Parade, motorists will once again be able to utilize the 9th and 12th Street tunnels to provide north and south access across the Mall.

The streets along the following route will be closed from 9:00 am until 6:00 pm.

The parade begins at Whitehaven Parkway and MacArthur Boulevard NW., and proceeds Northwest on MacArthur, left on Edmunds Place, left on Sherrier Place, and a right into the Palisades Recreation Center. Road closures begin at 12:00 pm and conclude at approximately 1:30 pm.

MacArthur Boulevard will be closed from Reservoir Road to Arizona Ave. for this event. There will be rolling street closures during this event.

The annual parade on Capitol Hill will form at 8th & I Streets, SE at 8:00 am. The parade will begin at 10:00 am and end at 12:00 pm. The parade will precede north on 8th Street, and west on D Street, SE. to the park at 7th and D Street, SE where it will disband. There will be rolling street closures during this event.