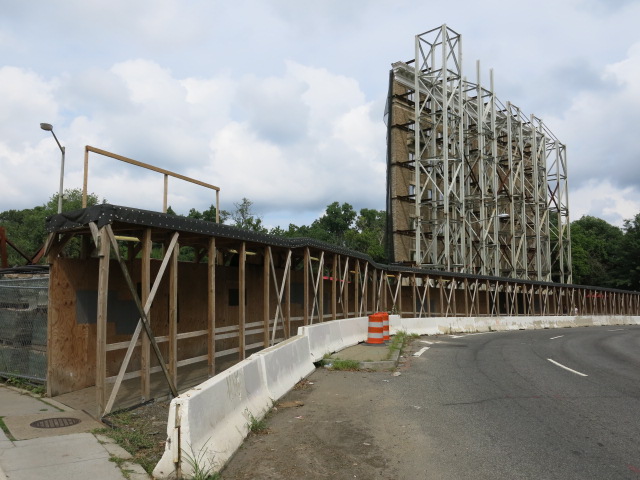 Lots of folks have sent in photos of the facade of the old Chinese Embassy on Connecticut Ave just past the Taft bridge between Dupont and Woodley Park. Here’s the first rendering I’ve seen: 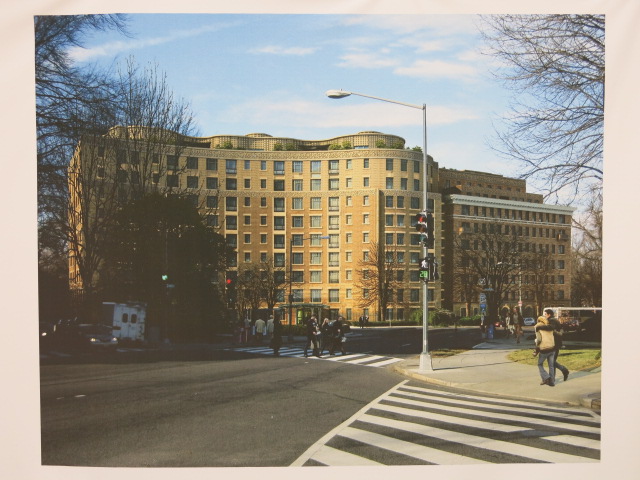 Here’s an old press release from May 2013 when ground was broken:

“DTZ announced today that ground was broken on a new 370,000 square-foot Residential Compound for Chinese Embassy diplomats at 2300 Connecticut Avenue N.W. The new building will occupy the former site of the first Embassy of the People’s Republic of China in the US, which opened in the early 1970s. The People’s Republic of China (PRC) has since moved its’ Embassy to 3505 International Place, NW.

The construction phase is programmed for 26 months with a completion date scheduled for the summer of 2015.

Ambassador Cui Tiankai, the PRC’s new Ambassador to the U.S., officiated at the ceremony. On hand to participate in the historic event was China’s Vice Foreign Minister, Mr. Song Tao, plus several other distinguished diplomats from the Foreign Ministry in Beijing. Also participating were representatives from the U.S. Department of State and the District of Columbia, the project’s architect, Philip Esocoff of Esocoff and Associates Architects, Tong Jisheng of Shanghai Construction Group and DTZ’s National Director of Development Services, Senior Vice President Christopher Reutershan. Numerous dignitaries, Embassy staff and local residents were also in attendance.

Mr. Reutershan has been advising the Embassy of the PRC concerning their redevelopment strategies in the Capitol since project inception in 2008. This latest initiative is the culmination of a bilateral agreement between the U.S. and the PRC that originally led to the construction of a new U.S. Embassy in Beijing and the new IM Pei-designed Embassy of the People’s Republic of China in Washington D.C. in 2008. The bilateral agreement commences its second phase with this important ground-breaking in Washington and a similarly scoped project for the U.S. government in Beijing.

Mr. Reutershan was the real estate development advisor engaged by China’s Embassy for this project. He has actively assisted their Washington D.C. staff through every step of the project – providing substantive consultation during the initial development plan, architect selection, project design; assisting the Embassy through a very complex entitlement process, organizing the retention of the historic building façades and the remediation and demolition of the remaining original structures, construction permitting and most recently designing and managing a contractor selection process.”