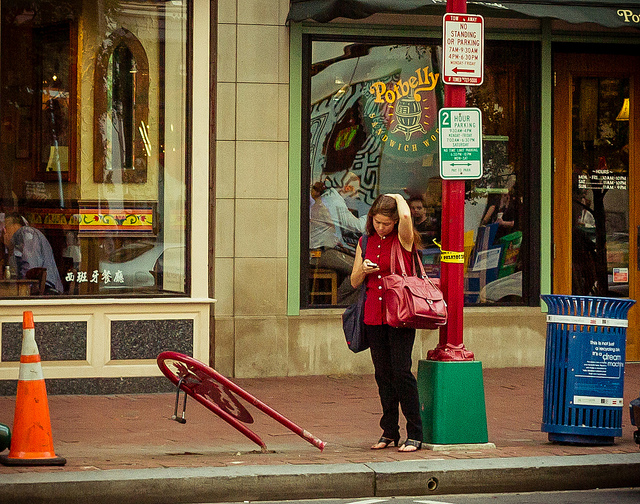 I had my bike stolen the other night right from outside of the shaw metro. The thieves cut my lock and took the bike. Sure enough I see an ad for the same bike on craigslist a day later offering it at a very low price – it was clear they were trying to get rid of it quickly. The photo was not actually of my bike, so I was only 90% sure it was the same one. When I met them to confirm it was mine and “purchase” it, my plan was to just take it. But I was met by two people who came in a car and the bike didn’t have the wheels on it so a getaway didn’t seem likely. I reluctantly paid them $100 for my bike back, but told them I knew they stole it or at least they know it was stolen. Naturally, they claimed to have “bought it off some guy on the street” the previous day.

I filed a police report once I noticed it was gone and I know what the person who sold it to me looks like and their phone # – is there any way to get these people in trouble?

I wanted to go for the sting type of operation, but I didn’t see any police nearby and I don’t have any documentation that I even own the bike.”