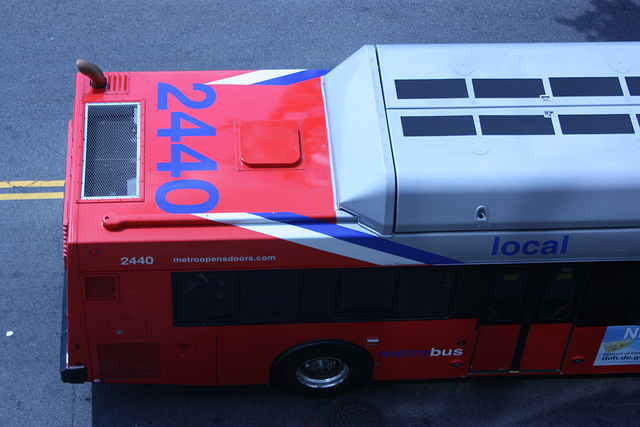 On the S1, S2 and S4 routes, which serve the 16th Street corridor, Metro will increase the number of trips operated with articulated buses by 45 percent — from 68 trips during rush hour today to 99 trips starting August 25. Each hour of rush hour, five bus trips that currently operate with standard 40-foot buses will be converted to the longer 60-foot buses.

Articulated buses provide 55 percent more seats than standard 40-foot buses, as well as more room for standees. The longer buses will provide additional capacity when it is needed most: on a typical weekday, about 60 percent of Metrobus ridership occurs during rush hour, and more than one-third of the ridership occurs between the hours of 7 and 9 a.m. and 4 and 6 p.m.

On the 70 route along Georgia Avenue, the number of trips using articulated buses will nearly double — from 89 today to 172 starting August 25. The longer buses will operate throughout the day, with approximately 5 more trips running with longer buses each hour from 4 a.m. until 10 p.m.

“We are pleased to be able to find an innovative way to shift more longer buses to these busy corridors,” said Jack Requa, Metro Assistant General Manager for Bus Service. “We will continue to work with our partners to meet future ridership growth.”

The additional capacity is made possible by reassigning equipment and increasing service frequency on other lines. For example, some of the articulated buses are coming from the Y Line, which will be converted to standard buses that will operate more frequently. Y Line rush-hour service will increase from every 15 minutes to every 10 minutes with a total of 30 new trips per weekday.

Georgia Avenue and 16th Street are two of the busiest bus corridors in the Metrobus system, carrying more than 40,000 combined passenger trips on a typical weekday (approximately 20,000 trips on each).”