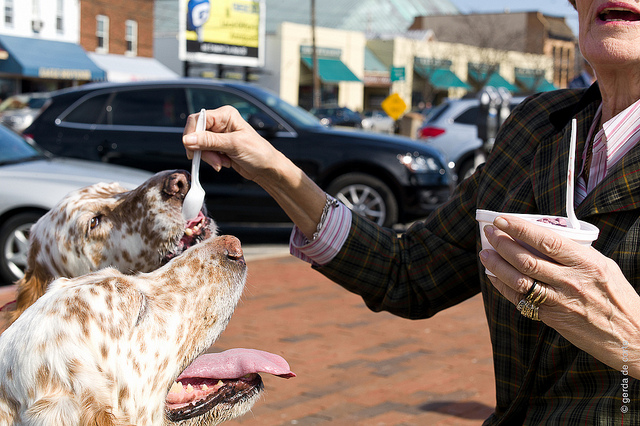 “Climate change means out summers are getting too hot. So let’s cool off. Next week, The Climate Reality Project is giving away free Ben & Jerry’s in DC (and in three other cities) to raise awareness for climate action.

From July 29-31, the EPA will hear from the public on the proposed Clean Power Plan – a rule that attempts to reduce carbon pollution from power plants. One of the hearings will be here in DC.

These ice cream trucks will not only be handing out free scoops, but also serve as climate action centers that will raise awareness and gather support for climate action and the proposed EPA rule.

You can find the trucks on:

“Nothing says summer heat like a melting ice cream cone. That’s why The Climate Reality Project is teaming up with Ben & Jerry’s to turn one of the celebrated symbols of the season into a rallying point for action in the face of rising temperatures driven by climate disruption.

As part of the I’m Too Hot campaign, Climate Reality will bring Ben & Jerry’s ice cream trucks to the four U.S. cities hosting Environmental Protection Agency (EPA) hearings on the newly-proposed Clean Power Plan – Atlanta, Denver, Pittsburgh and Washington D.C. – from July 29 to August 1. The plan offers an historic opportunity to cut carbon pollution from power plants that is accelerating climate change. The highly visual I’m Too Hot trucks will help raise public awareness of this opportunity in a fun-filled way, enable locals to speak up in support of the plan, and offer supporters an icy treat for their efforts, courtesy of Ben & Jerry’s.

“We are excited to partner with Ben & Jerry’s to bring both ice cream and information about the EPA’s proposed rule to the people of Atlanta, Denver, Pittsburgh and Washington D.C.,” said Climate Reality Project President and CEO Ken Berlin. “This past May was the hottest in recorded history, and was an example of the kinds of records that will keep being broken as our summers get hotter from climate change driven by carbon pollution. These EPA hearings are a crucial opportunity for people to let the EPA know they support the agency’s efforts to reduce harmful carbon pollution, and we’ll be there to make sure our supporters don’t get too hot.”

If approved, the EPA’s Clean Power Plan would provide the first-ever national standards to limit the amount of carbon pollution existing power plants can produce – aiming to cut emissions by 30 percent below 2005 levels by 2030. The EPA estimates that the rule would provide significant economic and health benefits, including the prevention of 150,000 asthma attacks and 6,600 premature deaths annually by 2030 as well as the creation of 76,000 to 112,000 new jobs in 2025 by expanding the energy efficiency sector alone.

The EPA’s Clean Power Plan is open for public comment until October 16, 2014.

“The rule would be a critical step towards holding polluters accountable for the carbon pollution they dump into the atmosphere – but first, it’s up to us – the people – to make sure we support the EPA’s efforts and the rule becomes law,” said Berlin.

People visiting the trucks will have the opportunity to comment on the proposed EPA rule and tweet at the EPA (@EPA) and their elected officials about their support for the rule, using the hashtags #ImTooHot and #ActOnClimate.”