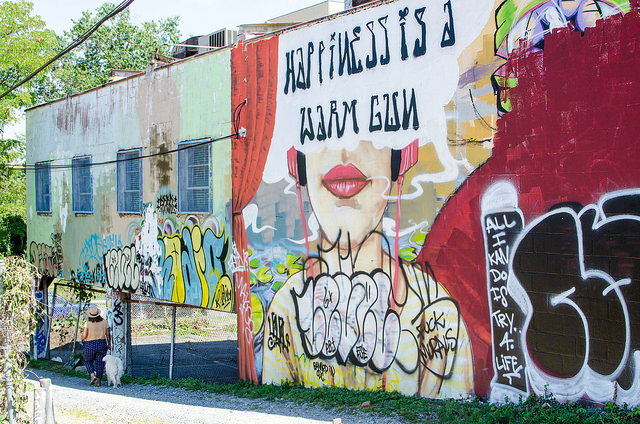 “Today Judge Scullin issued a stay in the case Palmer v. District of Columbia regarding possession of handguns. In light of this, members of the Metropolitan Police Department will resume enforcing all laws related to firearm regulation and crimes. Below is the teletype that was issued to the force this afternoon.

At approximately 1330 hours on July 29, 2014, Judge Frederick J. Scullin, Jr. of the U.S. District Court, issued a stay of his order of July 26, 2014, in Palmer v. District of Columbia. Implementation of his order is delayed for 90 days while the stay is in place. Therefore Teletypes 07-137-14 and 07-138-14 are rescinded. All laws related to firearms regulation and crimes remain in effect.

Although the stay takes effect immediately, we must recognize that members of the public may not be aware that all firearms laws in the District are one again in effect. Officers are reminded to handle all matters regarding firearms with caution, while relying on their professionalism and training to support sound judgment while both serving public safety and respecting the rights of individuals.”

Thanks to all who emailed and tweeted us links to articles about this – from the NY Times:

“However, the D.C. attorney general’s office said it would seek a stay of the ruling while the city decides whether to appeal.

In an order approved by Police Chief Cathy L. Lanier, police were told that District residents are permitted to carry pistols if the weapons are registered. Those who had not registered their handguns could be charged on that ground, the instruction said.”

“Democratic Nominee for Mayor, Councilmember Muriel Bowser, responded to a federal judge who ruled one of the District’s primary gun laws unconstitutional:

“Yesterday’s decision is troubling and poses a serious threat to public safety in the District of Columbia. I’ve spoken to Attorney General Irv Nathan and encouraged him to seek an immediate stay and appeal. I will also work with Chairman Mendelson and my colleagues on any legislative action needed to protect our gun laws. As Democrats, we both respect our constitution and stand with Americans everywhere in calling for responsible gun ownership, registration, and background checks. Public safety remains a top priority and I will continue to fight for laws that protect our residents, reduce violent crime and keep our city safe.

The full decision can be viewed > here.”

“Below you will find legal guidance that I have issued to members of the Metropolitan Police Department in light of the Palmer versus DC ruling regarding possession of firearms. I think this guidance should be helpful to the community as well. As I have stated, these are complicated legal issues and the answers that can be provided are provided here. The legal team continues to work on additional clarifications from the ruling and in the mean-time have asked that we not comment any further.

This Teletype is being issued to provide additional guidance to Teletype #07-137-14 issued yesterday on firearms enforcement in light of the Palmer vs. DC ruling. Unfortunately, this ruling has left many unanswered legal questions that are currently being reviewed by the OAG. The guidance below is to assist members in making immediate enforcement decisions until these legal issues have been resolved. This ruling only applies to handguns and does not apply to long guns or shot guns which are still illegal to carry in the District. It is important to remember our job as law enforcement officers is to enforce laws and regulations that are in effect.

Under the current ruling, possession of a firearm outside of the home or business in and of itself MAY NOT be criminal. For example, a District resident that has a legally registered firearm may legally possess it outside of the home or business. However, District residents are still PROHIBITED from possessing a firearm that is not legally registered in the District. District law requires proof of registration. (See below for proof of registration).

These changes do not prohibit officers from making arrests for crimes committed with a firearm or seizing weapons used in a criminal act.

If one is a non-District resident, legal possession of a handgun in the District is based on the laws of their home state or in the state in which a person has a valid permit to carry. Additional information on the laws in other jurisdictions will be forthcoming. In the mean-time contact the 24- hour information line listed below.

Under District and Federal law, it is still a crime for the following individuals to possess a firearm at any time.

Discharging a firearm on public space continues to be a criminal offense.

Transportation in an automobile

Transporting a firearm within the District of Columbia is not a violation of the law as long as one can legally possess the firearm using the criteria listed above.

Officers need reasonable, articulable, suspicion of a crime in order to conduct a stop of a person in possession of a firearm.

Probable cause is still required for arrests, searches and seizures.

Nothing in this ruling restricts business or property owners from prohibiting possession of firearms on private property. Refusal to comply with a property owners request to leave can result in arrest for Unlawful Entry.

We understand that the immediate implementation of this ruling creates safety concerns for our members and our community. We are confident that our members will continue to use their training and experience to exercise caution in every interaction in the course of their duties. Until further action is taken by the courts and or legislature to clarify the legal issues, I am confident that the professionalism and sound judgment of our members will continue to serve the best interest of public safety while respecting individual rights.

Until further notice members having questions about enforcement can contact the CIC on 202-727-9099 to be connected to an on call member of our legal staff.”