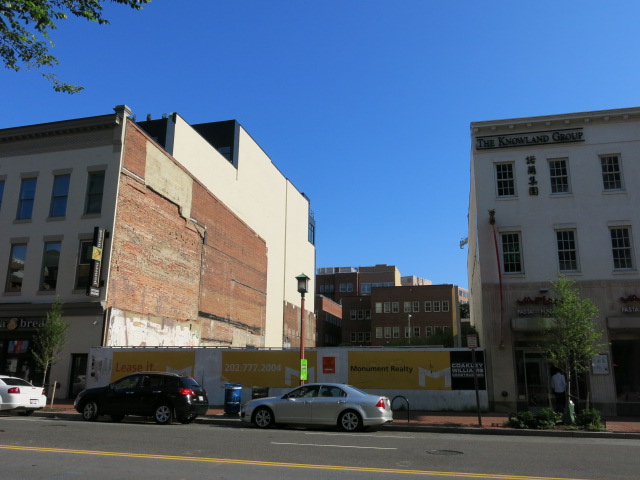 Will the massive gap on H Street in Chinatown finally be filled? It’s seems like there’s been a fence over this property by the Chinatown arch for as long as I can remember. Can’t believe it might become a hotel: 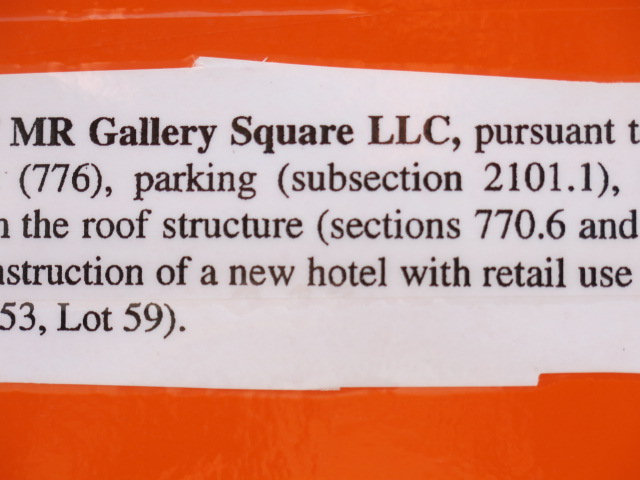 “The proposed hotel, to be named The H Street Hotel, is to be developed by Modus Hotels, a DC-based company that owns and operates nearly a dozen boutique hotels, most located in Washington, DC. The hotel will have some retail space, including a restaurant. The proposal is for an 11-story brick building with 245 small guest rooms, most about 150 square feet in size. Most of these rooms will accommodate only one bed, so are quite small by DC hotel standards.

No decision was made and the hearing will be continued on July 22.”

Stay tuned for updates after the July 22nd hearing. 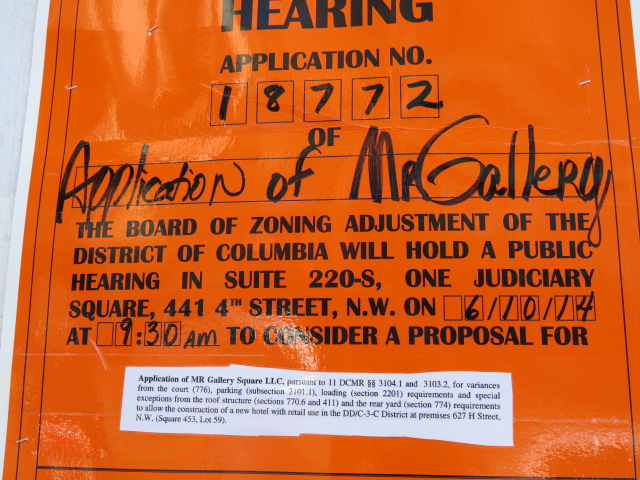 800 F Street, NW Thanks to Adam for sending. Back in February we noted the liquor license placard for:

9th and O Street, NW “Dear PoPville, Also, what a waste. A tatte would of been great or something similar to the effect.”