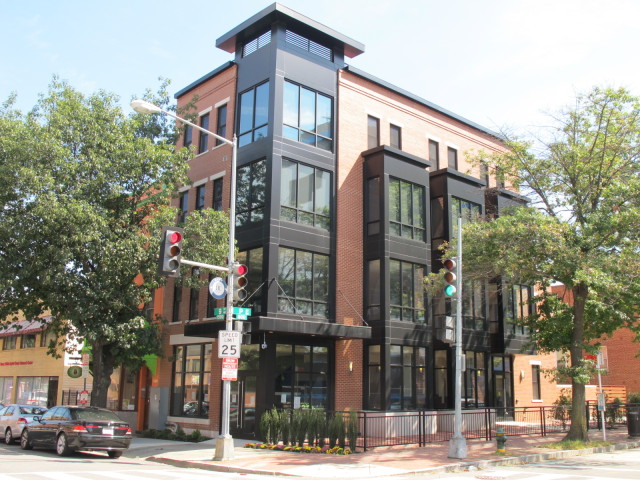 “Mixologists and brothers Ari and Micah Wilder, along with their partners Armin Amin and Adrian Williams, are pleased to announce the July anticipated opening of Chaplin Restaurant & Bar at 1501 9th Street, NW, 20001. Chaplin is a nod to Sir Charles Spencer “Charlie” Chaplin, an English actor, comedian and filmmaker who rose to fame in the silent era. Chaplin Restaurant & Bar will be serving up Asian-inspired cuisine that will take diners on a journey to Japan and Shanghai in the 1920s, when muted films were appreciated globally for embracing and unifying separation thru emotion, expression, comedy, originality, risk, sorrow and entertainment.

Chaplin’s partners recently tapped Jeremy Cooke to be the executive chef overseeing Chaplin’s kitchen and opening menu, which will combine the Wilder brothers’ love of spirits and Jeremy Cooke’s well-honed skill creating handmade noodles, dumplings, ramen and family-style roasts. Those over 21 can partake in Chaplin’s selection of “drunken” dumplings. Menu prices range from $6 to $12 for dumplings and salads and start at $10 for all bowls of ramen.

Jeremy Cooke has extensive experience in handmade dumplings and noodles. His expertise working flour got underway in 1994 at Rex Restaurant where Chef David Maplethorpe taught him to bake bread and make fresh pasta. Later while studying at the Orlando Culinary Academy, Cooke met his mentor, Hari Pulapaka, a James Beard Foundation nominated chef at Cress Restaurant, who taught him the meticulous art of dumpling making. Cooke worked for numerous established companies after graduation including Princess Tours, the Ansel Adams Corporation, and Mammoth Mountain ski area, before coming back to what he considers his second home, Washington, D.C. In the nation’s capital, he has worked for Roberto Donna at Galileo and most recently, Erik Brenuer-Yang of Toki Underground, where his love of ramen was solidified.

A selection of ramen will also be available including Shanghaied 1915, a rich earthy and a bit salty vegan dashi broth, pickled vegetables, fried tofu, and sesame seeds; A Woman of the Sea, a mussel dashi broth with Prince Edward Island mussels quickly steamed with sake, shucked and preserved in their own juices, and mixed with our house-made dashi (mixture of kombu (dried kelp), bonito (smoked fish shavings) along with hints of red chili flakes, and blanched mustard greens; The Masquerader, coconut based chicken stock, served with chicken breast, mustard greens, soft-boiled egg and pickled ginger; Triple Threat, from the Sapporo region with a deep and rich duck stock that is mixed with a touch of both pork and dashi broths added to Chaplin’s red miso tare, lemongrass, ginger, star anise, and served with duck breast that has been marinated and seared rare, along scallions, pickled ginger, and a soft boiled egg. For larger parties, whole roasts of Baby Pig, Duck, Small Goat and Small Lamb can be ordered and served family style for six to ten people at market price.

Design and fabrication agency SwatchRoom is responsible for the interior scheme for Chaplin. The 83-seat dining room is enveloped by the nostalgia of a flickering black and white cinematic experience. The space features layers of antiquated textures and artifacts from film and entertainment. Bold accents of rich gold and reds can be found throughout the space leading to the private “Opium Den” located on the second floor. Additionally, an expansive 80-seat outdoor patio &Piano Bar& will be available during the spring and summer months, and is sure to become a neighborhood gathering place.”