Support us!
Search
Columbia Heights, who are these people? 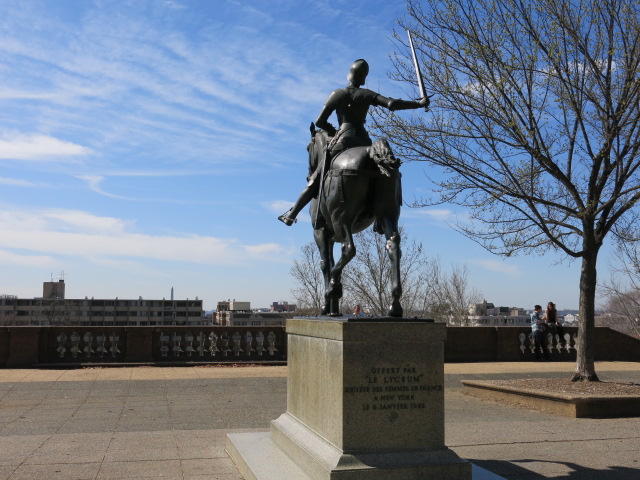 “Joan of Arc nicknamed “The Maid of Orléans” (French: La Pucelle d’Orléans), is considered a heroine of France and a Roman Catholic saint. She was born to a peasant family at Domrémy in north-east France. Joan said she received visions of the Archangel Michael, Saint Margaret and Saint Catherine instructing her to support Charles VII and recover France from English domination late in the Hundred Years’ War. The uncrowned King Charles VII sent Joan to the siege of Orléans as part of a relief mission. She gained prominence after the siege was lifted in only nine days. Several additional swift victories led to Charles VII’s coronation at Reims. On 23 May 1430, she was captured at Compiègne by the English-allied Burgundian faction, was later handed over to the English, and then put on trial by the pro-English Bishop of Beauvais Pierre Cauchon on a variety of charges, was convicted on 30 May 1431 and burned at the stake when she was about 19 years old.

Twenty-five years after her execution, an inquisitorial court authorized by Pope Callixtus III examined the trial, pronounced her innocent, and declared her a martyr.[9] Joan of Arc was beatified in 1909 and canonized in 1920. She is one of the nine secondary patron saints of France, along with St. Denis, St. Martin of Tours, St. Louis, St. Michael, St. Remi, St. Petronilla, St. Radegund and St. Thérèse of Lisieux.”

You can see the full unveiling ceremony from Jan. 6th 1922 here.

“Ceremony of unveiling a statue of Jeanne d’Arc in Meridian Park. Crowd assembled for the ceremony. President and Mrs Warren G Harding arrive at ceremony. Officials speak at stand. Unveiling of Jeanne d’Arc statue. Flags on poles. Man places bouquet and flowers in front of the statue. Secretary of War, John W Weeks speaks. Side view of statue. Various officials speak at ceremony.” 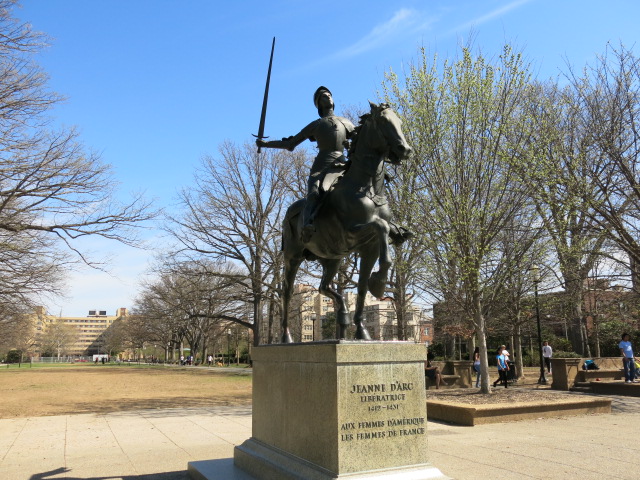 Read more →
More Stories
Vegetable Garden of the DayLots of Progress on Tico Buildout Coming to 14th and U St, NW