Get our email!
Search
volunteers 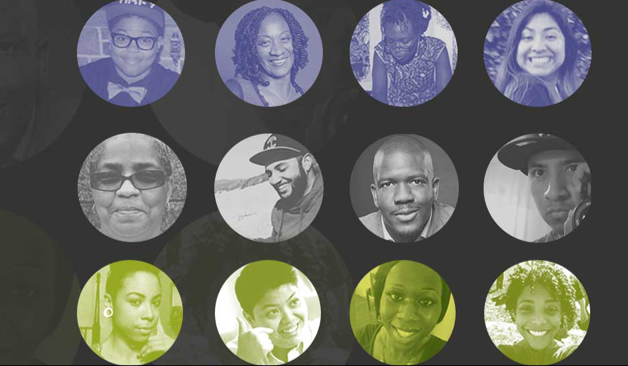 “What do a 51 year old grandmother of five from Anacostia, a local DJ, an entrepreneur and a DC transplant from Sierra Leone have in common? They’re all learning to code in the name of improving the lives of people in and out of The District.

Meet Jason, Terri, Cassidy and Selina — the 2014 Code for Progress fellows. These four Washingtonians are about to make some major changes to historically underserved communities here in town.

Terri Acker has been on the board of Bread for the City for years, and you can’t go anywhere in Anacostia and find someone who doesn’t know her. She’s a 51 year old mother of five and a grandmother of seven who has lived in public housing her entire life. After witnessing people in her community slowly being pushed out of their neighborhoods do to rapid gentrification, she decided to make a change. Terri will be using her 17 week fellowship to learn how to code an app that will make it easier for Washingtonian’s to access low-income housing in their areas.

Selina Musuta DJs all over town. She has been working in social justice issues for years, mostly in the broadcast industry. She even incorporates her sound recordings into her DJ sets! Selina is taking her knack for technology to Code for Progress where she seeks to learn how to code an app that will connect SNAP beneficiaries in DC to stores near them using GPS. Even better—each location on the map will have a “healthiness rating”.

Cassidy Henderson was born in Sierra Leone, but now lives in Washington DC. She is a transgender woman who is hoping to improve the lives of other LGBT people in the US by connecting them with safe spaces and social services through the app she creates.

Jason Towns has been involved in policy and social entrepreneurship in the District for a long time. He will be using his Code for Progress fellowship to teach DC underprivileged youth how to use technology and code to create opportunity for themselves.

Pretty cool, right? Check out more about what they’re doing at codeforprogress.org.”