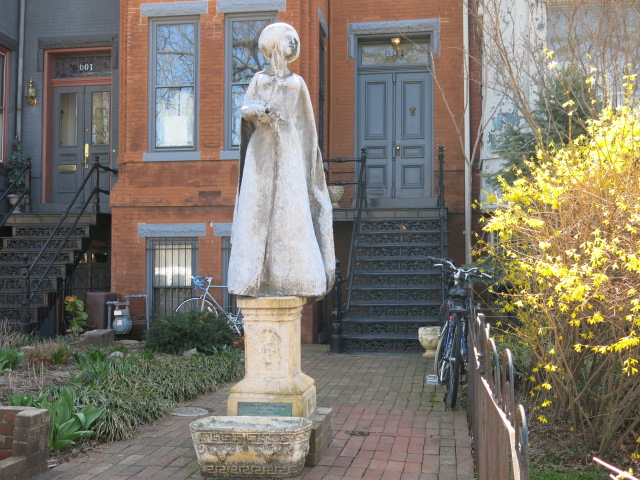 “In 1971, sculptor John Cavanaugh chose to create a statue honoring her rather than her accomplished father. A picture of her was not found at the time, so Cavanaugh sculpted his idea of an idealized Victorian lady instead. The statue stands in front of a private residence on North Carolina Avenue and Sixth Street, SE in Washington, D.C.. The subject’s head is turned to the left as if gazing toward the nearby Seward Square, named for her adoptive father. Olive died in Washington, D.C., and is buried in Fredonia, NY with her parents.” 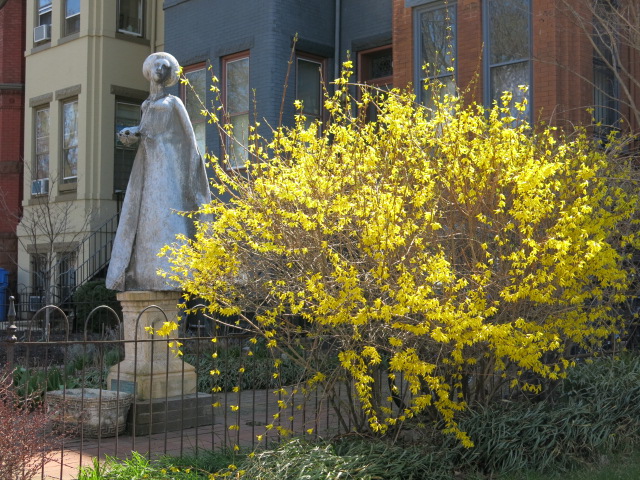 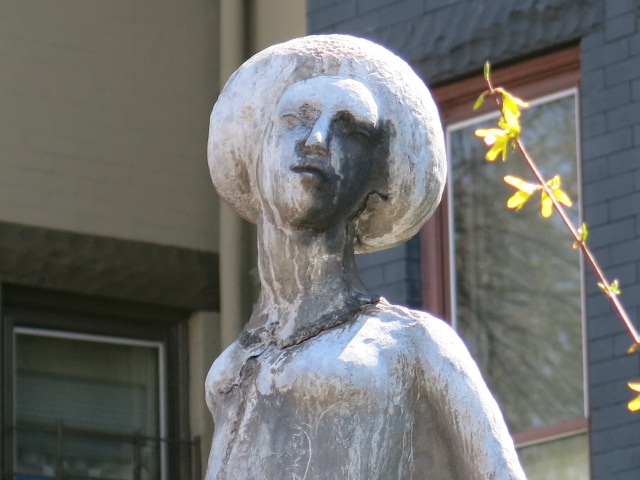 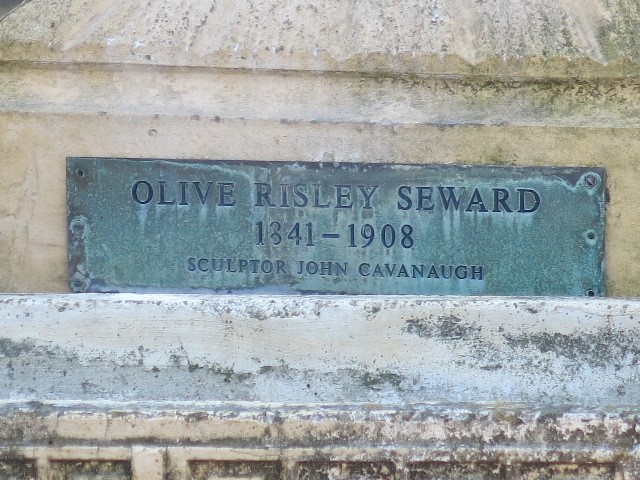