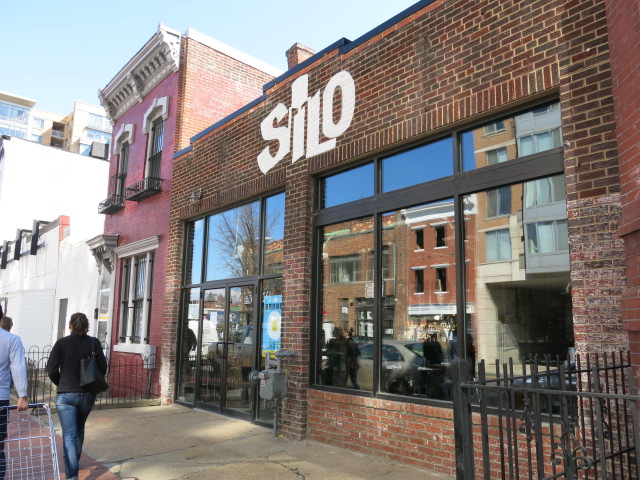 Silo opened up a few months ago back in January. Not sure how many folks have already checked them out but you can see their new full new menu here: SILO Spring Menu April 2014

“NOW IN THE KITCHEN AT SILO:

Chef Michael Walters has joined the Silo team as a consulting Chef who has revamped the menu with Modern American Bistro Food. He spends his mornings as the Production Chef at Barcelona Wine Bar & Restaurant, and the evenings in the kitchen at Silo.

Chef Walters got his start in the restaurant business working for the renowned Jean-Louis Palladin at his famed Jean-Louis Restaurant at The Watergate. Palladin quickly promoted Walters from dishwasher to grill cook, teaching Walters how to grill the perfect steak. From there, Walters went on to work as a chef in the kitchens of other well-known DC chefs Michel Richard, José Andres, and Roberto Donna. Eventually, Walters branched out and opened his own restaurant, Good Luck Cafe in Tampa, FL, which earned a spot in USA Today’s 2006 “Top Five Culinary Destinations.” He returned to DC and opened The Brightwood Bistro before joining Barcelona Restaurant Group and Silo.

Born in the United States, but raised in Paris, Chef Calvin Di Giovanni began his culinary career at the early age of 16 while training in the kitchen with the renowned Sommelier Philippe Faure-Brac at his Bistrot du Sommelier restaurant in Paris after attending culinary high school. At 18, he returned to New York and worked in the kitchens of Chef David Burke, Chef Jean-Louis Peulade, and Chef (and Silver Toque Winner) Guy Reuge. In 2013, Di Giovanni made his way to Washington, DC, landing the position of Pastry Chef at Lavagna in Eastern Market. He then became the Sous Chef at Pesce in Dupont Circle, before being recruited to join the team as the Chef de Cuisine at Silo when it opened.

FREE SAMPLES OF THE NEW MENU ON WED. APRIL 9

Chef Walters and Chef Di Giovanni will be handing out FREE appetizer samples from the new menu between 5:30 – 6:30pm on Wednesday, April 9th. Silo will also hold our Happy Hour prices on selected appetizers and drinks ALL NIGHT LONG. In addition, we’ll offer a 20% discount off all other food items on the menu that night.

o $2 Off all Beers and Cocktails

§ LATE NIGHT HAPPY HOUR: $6 gets you a Tallboy PBR and a rail shot of your choice starting at 10pm