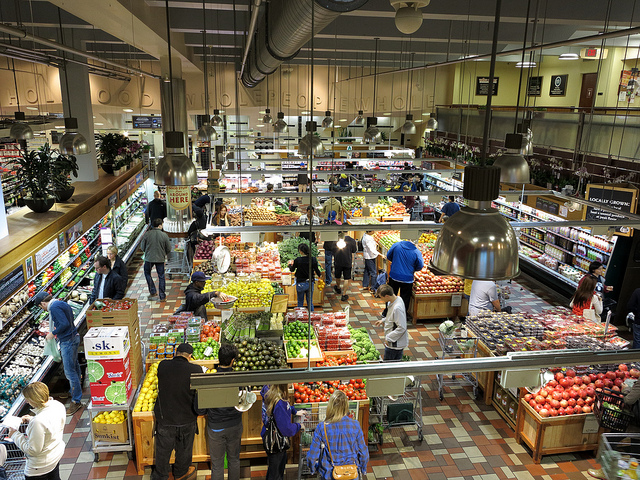 “Instacart (www.Instacart.com), the only service that can deliver groceries from multiple local stores within an hour, announced today that it is adding delivery service from Safeway for the Washington, DC area.

Instacart also expanded its delivery area to include neighborhoods Seven Corners and Bailey’s Crossroads in Falls Church, VA. These new areas have been added to Instacart’s existing delivery area which includes all of D.C., nearby areas of Virginia (Arlington, Alexandria, and McLean), as well as neighborhoods of MD (Takoma Park, Chevy Chase, Bethesda, and Silver Spring).

In the roughly six weeks since the same-day grocery delivery service launched in the DC area, Instacart has grown its user base by 15 times, now covers 8 wards in DC and 7 neighborhoods in VA and MD, and delivers groceries from four major stores: Costco, Harris Teeter, Safeway and Whole Foods.

Originally launched in San Francisco and later expanded to Chicago and Boston, Instacart has disrupted the traditional grocery delivery space with its crowdsourced labor force dubbed “Personal Shoppers” who shop for and deliver grocery orders using their own vehicles in as little as one hour. This eliminates the need for costly infrastructure such as warehouses, trucks and full-time drivers. Instacart is not affiliated with the stores; its model is to connect customers with Personal Shoppers who shop on their behalf.

Customers can open an account at www.Instacart.com, and get free delivery on their first order of $35 or more.

“Safeway was a very popular request from our DC area customers and gives them a great range of options for groceries; it was a logical choice for a new store addition,” said Instacart founder and CEO Apoorva Mehta. “We are very happy with the enormous growth we’ve had for our same-day grocery delivery service in the DC area; clearly the convenience of grocery delivery has resonated with this community of busy, hard-working people who are thrilled to do their grocery shopping online from their favorite stores and have everything delivered quickly, right to their doorstep.”