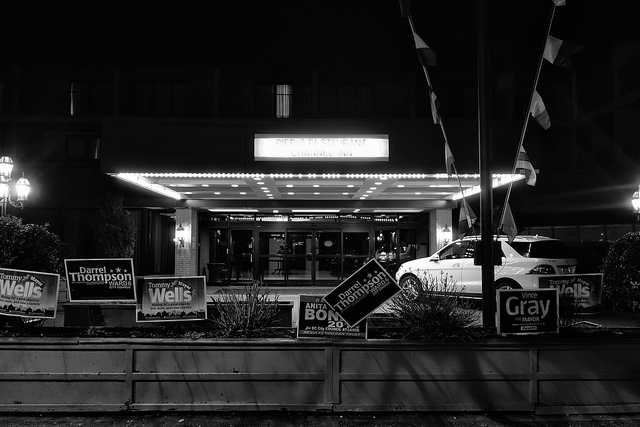 Thanks to Beau Finley for sending the final word and photos:

“Saturday was rather surreal. Some friends and I went to the Engine Room to bid it goodbye. Little did we know an official “Goodbye, Engine Room” event was planned for the night. It was a “Celebration of the Legacy” of the Engine Room, Pier 7, and the Channel Inn, hosted by Tommy Wells. The Channel Inn opened in the 1970s [650 Water Street, SW]. The boat owners at Gangplank Marina frequently stayed at the hotel to avoid being on their boats during winter storms. Several politicians routinely visited, including Tommy Wells (hosted monthly office hours at the coffee shop) and Dante B. Fascell (Florida Congressman who chaired the Foreign Affairs Committee for awhile). The night began with speeches, turned to dancing and reminiscences among regulars. I felt a bit like a cultural tourist at that point, and took off.

From the official program for Saturday’s festivities:
“Customers of the Engine Room lounge are legendary in their devotion. There are a few who have visited regularly during the week over the entire time is has been open. Many more have attended regularly for at least twenty or thirty of those years. During the year, hundreds of out of town business professionals and family of local residents schedule a visit to the lounge during their time in town. From the beginning, the lounge has had a live band perform for the entire evening on weekends and a midweek night, with no cover charge of drink minimum. Twice weekly, there is an Open Mike night, giving opportunity for local musical artists to perform before a public audience for exposure and experience…”

The event was great, with a champagne toast to Manny and his wife Alma and to the joint itself.

The hotel closes at the end of April. The bar closed last night.” 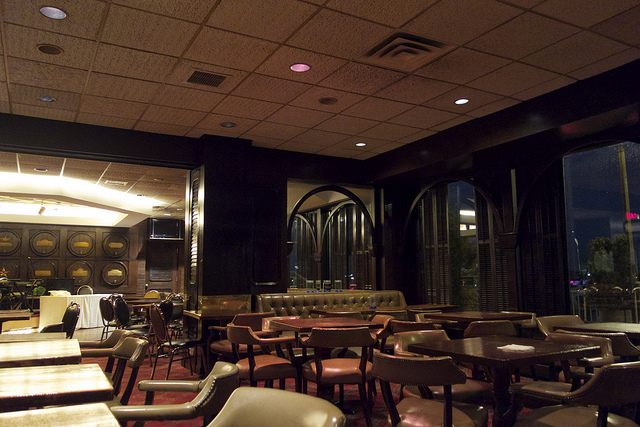 the inside, empty, Thursday evening (though the bar was crowded) 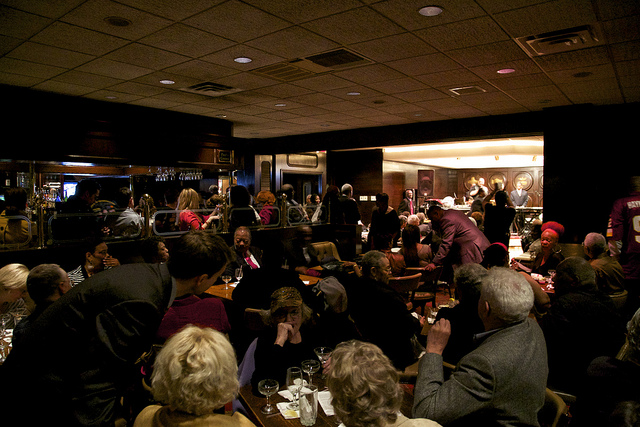 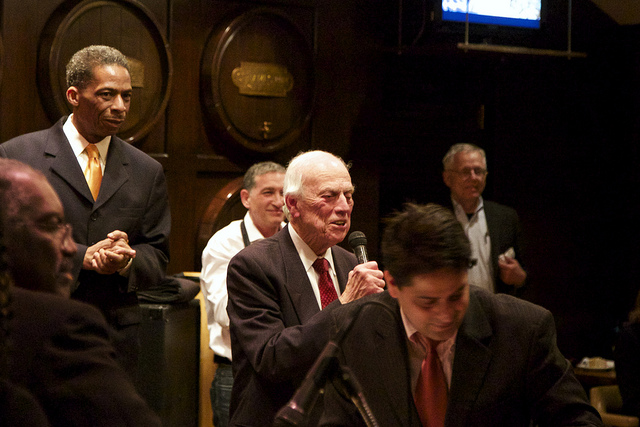