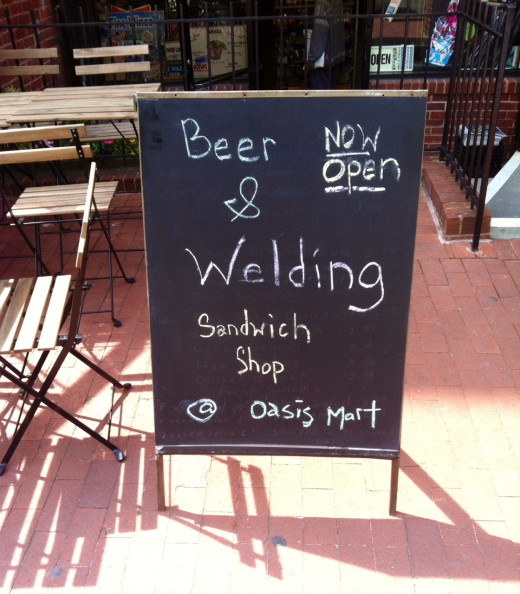 I wanted to alert you, and the blog readers at large, that the Beer and Welding Sandwich Shop at the back of the Oasis grocery store in Dupont looks to be going full-time. Another woman had been running the deli for a long time, but it looks like she’s given up control of the operation. If you remember, they had been serving buns in the evenings there previously. I went in last week and, while there weren’t any official menu signs up yet, the guy I talked to said they were open to the public. The bread comes from the Heidelberg Pastry Shoppe in Arlington, and he said they’ll be serving slow-cooked meats and veggies in addition to regular sandwiches. No chance of getting an egg salad sandwich there for $3.95 anymore, but they make a pretty good tuna salad.” 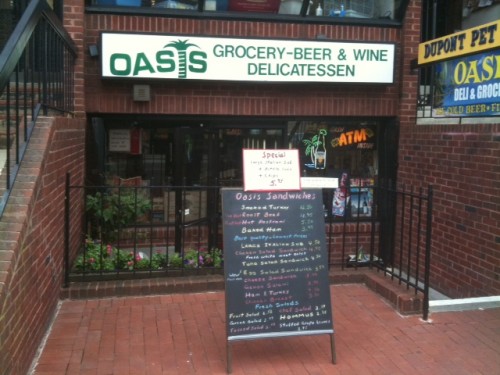