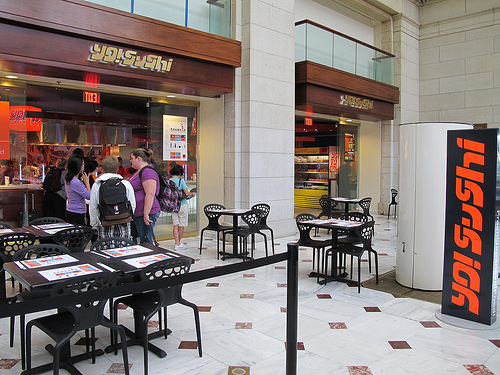 Yesterday many folks were dismayed to learn that Yo! Sushi had permanently closed in Union Station. Many took to twitter asking @YOSushi why? @johnsolit shares with us an interesting response:

“Yes Union Station has closed due to changes with our strategic partner. Opening in downtown DC by end of this year!”

Previously we learned another Yo! Sushi was planned for 675 H Street, NW in Chinatown but that deal fell through in Aug. 2013 and that space is now slated to become a Sports Zone Elite. I’ve inquired where in Downtown DC they are planning to open and will update as more info becomes available.