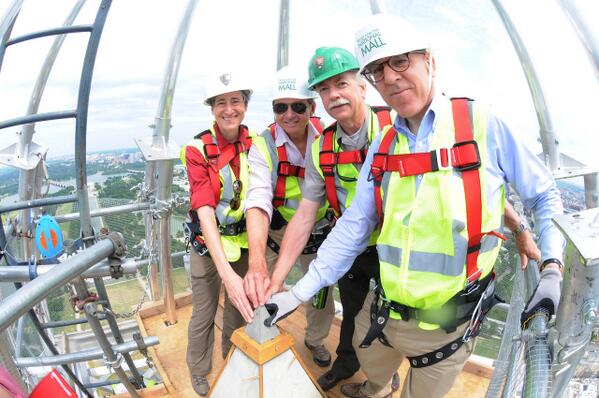 “The National Park Service (NPS) announced that the remaining scaffolding surrounding the Washington Monument will begin to come down this week in preparation for the Monument’s re-opening on May 12 after a 32-month closure due to damage from an earthquake. The National Park Service and the Trust for the National Mall will host a re-opening ceremony at 10 a.m. that morning; details of the ceremony will be forthcoming.

Public tours of the Monument on the day of the reopening, May 12, will begin at 1:00 p.m. The tickets will be available on a first come-first served basis starting at 8:30 a.m. that day at the Washington Monument Lodge, located on 15th Street, between Madison and Jefferson Drives. Tickets for tours on May 13 and all future dates will be available on the NPS reservation page, www.recreation.gov, starting on April 16, at 10 a.m.

Because of the closure of the Monument, the National Park Service will begin extended operating hours on May 12. The Monument will be open from 9a.m. until 10p.m. until the end of summer.

The Washington Monument has been closed since August 23, 2011, due to damage received in a 5.8 magnitude earthquake. It is now in the final stages of the restoration, which included repairs to more than 150 cracks in the structure.” 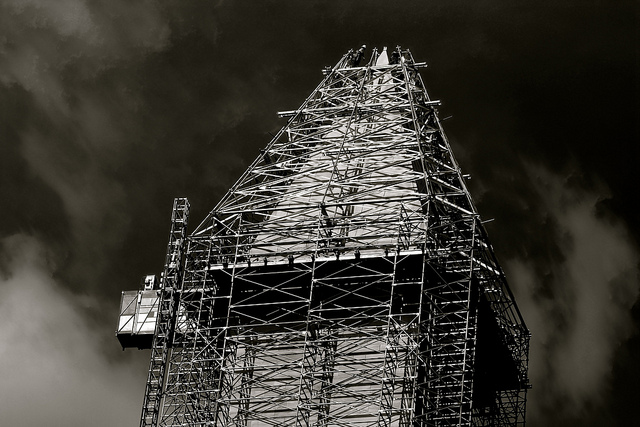