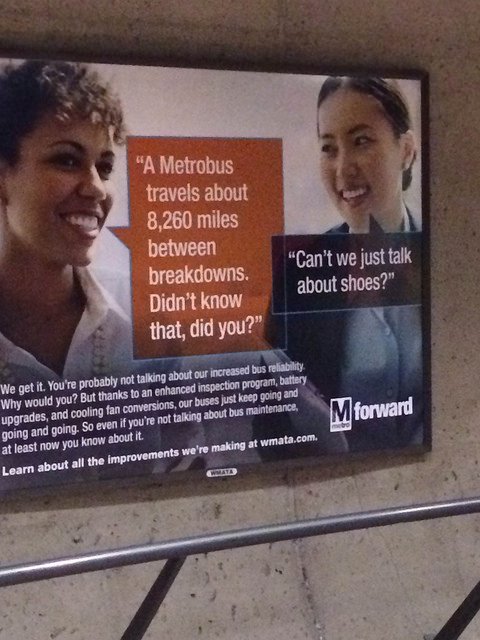 “It’s at L’Enfant. How in the world did metro think this was a smart thing to put up??”

Lynn Bowersox, Metro’s assistant general manager for customer service, communications and marketing, defended the ad and claimed responsibility for the communications campaign the ad is part of. She called the campaign a “series of unlikely conversations between friends and colleagues” about improvements at Metro.

Despite the defense I can’t believe the ads are still posted given the negative reaction. The reader sent the photo above on Friday from inside the L’Enfant Plaza metro station.