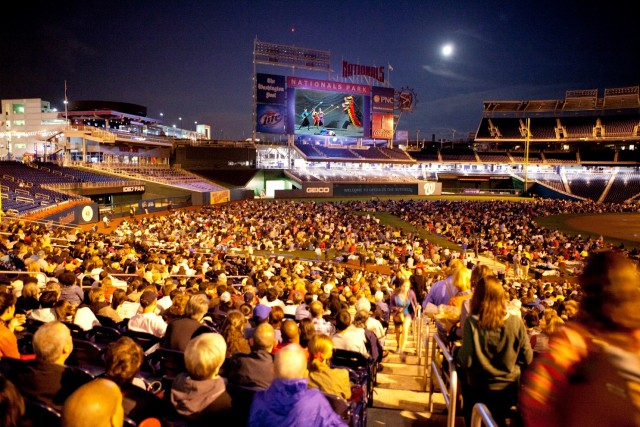 “Washington National Opera (WNO) today announced two free special events in conjunction with its forthcoming production of The Magic Flute. WNO celebrates its sixth season of free opera simulcasts at Nationals Park with the M&M’S® Opera in the Outfield performance of Mozart’s classic The Magic Flute on the opera’s opening night, Saturday, May 3, 2014. Gates open at 5 p.m. for “pregame” activities for the entire family. The Magic Flute, which will be performed in English in a new eye-popping production featuring sets and costumes by Japanese-American artist Jun Kaneko, will be broadcast live from the Kennedy Center Opera House to the high-definition screen at the ballpark at 7 p.m.

WNO will also present a free exhibition of large-scale ceramic works by Mr. Kaneko in the Kennedy Center Hall of Nations, April 9 to May 19, 2014.