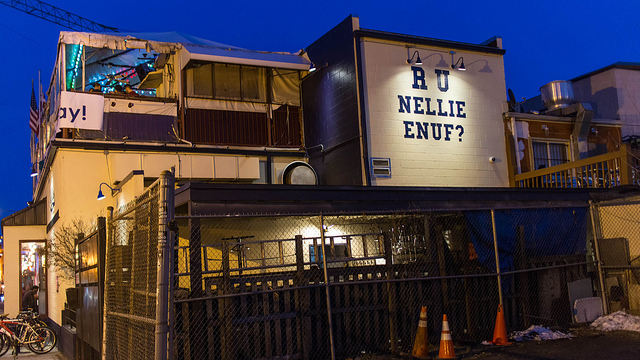 District ABC noise laws (D.C. Official Code 25-725) prohibit on-premise establishments from producing any sound, noise, or music of such intensity that it can be heard in any premises other than the licensed establishment with a few exceptions, which includes areas that are in certain commercial zones.

The Noise Control Act prohibits individuals and businesses from generating noise outside their property that exceeds maximum noise levels of 60 decibels in commercial or light-manufacturing zones at nighttime. Other limits include 55-70 decibels depending on the area and time of day.

ABRA recommends ABC on-premise establishments regularly verify whether they are compliant with District noise laws by listening outside their establishment to ensure noise is not emanating from the premises.

As part of the campaign, ABRA has sent letters to on-premise establishments and posted information on its website about noise law compliance. In addition, officials from the Noise Task Force—a joint initiative between ABRA, the Department of Consumer and Regulatory Affairs (DCRA), and the Metropolitan Police Department (MPD)—will be increasing unannounced visits to establishments during the hours of 10 p.m. and 3 a.m.

During compliance checks, officials from DCRA stand outside of establishments with a sound meter and take a number of readings to establish the decibel level of the sound emanating from businesses. Businesses will be notified by officials if they are exceeding noise limits. DCRA will issue a warning for a first-time offense of the Noise Control Act. A second offense of the Noise Control Act will result in a citation from DCRA, which is a $1,000 fine.
In addition to these checks, members of the Noise Task Force will continue to respond to noise complaints. Members of the public can file a noise complaint about an ABC licensed establishment online or call (202) 329-6347. ABC licensees and the public can visit ABRA’s website to learn more about District noise laws.”

Read more →
More Stories
St. Patrick’s Day Terrace Party & Irish Whiskey Tasting at Jack Rose and Some Shake Shack SpecialsDear PoPville- What the Hell is Going on with the Tree Vandalism and Arrest of a Homeless Man in Shaw?