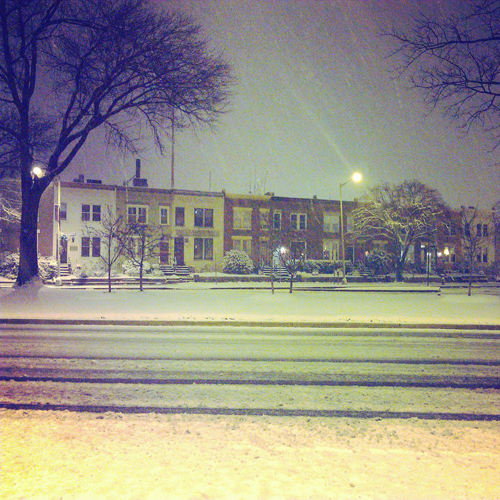 “Metro to restore bus service systemwide as of 11 a.m. with snow detours in effect

Metrobus service will transition from the current “severe” snow plan to a “moderate” snow service plan, starting at 11:00 a.m. today. Under the moderate snow service plan, most Metrobus routes will have service with snow detours in effect to keep buses off of hilly terrain, narrow side streets and other problem areas.”

“A snow emergency HAS NOT been declared at this time.” [as of 5am]

“We’re in a full Plowing/Salting Operation this morning. 200 Plows on the road Federal Government / DC Government closed. Stay off the roads.”

“Metro has announced that buses will operate on a severe snow service plan with limited service as indicated on Metro’s website. This is a reduction in service from what was announced Sunday based on current weather and road conditions.

Under Metro’s severe snow plan, only the following routes will have bus service, and only on the busiest portions of each route:

“Please note the following changes in DPW Services on Monday due to the snowfall in the District:

· While AM/PM Rush hour restrictions *will* be enforced today (7:00-9:30am/4:00-6:30pm), RPP restrictions and parking meters will not. A Snow Emergency has *not* been declared.
· Trash/Recycling normally collected on Monday will be collected wherever possible.
· Mechanical Street Sweeping has been suspended on Monday and Tuesday this week.”

Keep the good photos coming to princeofpetworth(at)gmail or @PoPville or to the flickr pool. Be safe and have fun Indian Jones fans and St. Patrick’s revelers!