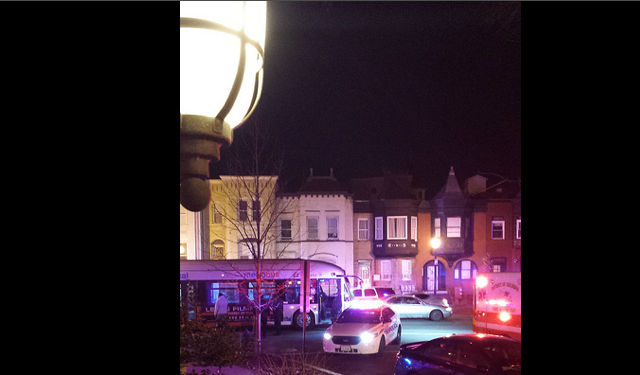 “I saw and heard quite a commotion outside at 5th and Florida NW starting around 9 pm. MPD, WMATA cops, undercover cops, and an ambulance are all over the place. The cops quickly unloaded the bus, but there seems to be a few guys hanging around screaming.”

“Last night around 9:00 or so there was about 7 cop cars around 5th and Florida. Stories were varying on what happened but I believe there was a fight on the metro bus and everyone had to get off and switch metro buses. The guy that started the fight was apparently causing commotion on the street and that is when the cops came. Does anyone know exactly what happened?”

Read more →
More Stories
Friday Question of the Day – Who are you Voting for?Random Reader Rant and/or Revel