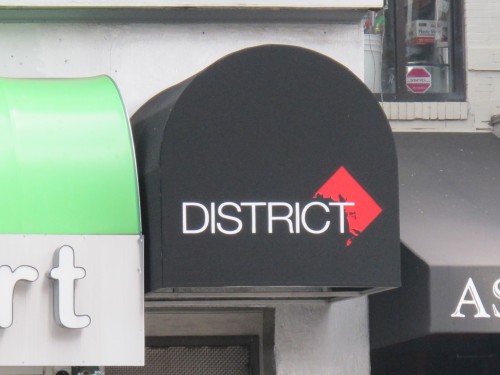 “At approximately 330 this morning, members from the Metropolitan Police Department were summoned to the “District” nightclub at 2473 18th Street, N.W., for the report of an aggravated assault involving multiple victims. Once on the scene, police units located four adult males and one adult female suffering from various stab wounds/ lacerations. A male victim with a stab wound to his right side was located in front of 2471 18th Street, N.W. A female victim with a laceration to her right hand and right chest was located at the intersection of 18th Street and Columbia Road, N.W. Two additional male victims were located in the rear of 1820 Adams Mill Road, N.W. One of these male victims had a stab wound to his forehead. The other male victim had stab wounds to both legs. A final male victim was found in front of 2351 Champlain Street, N.W, suffering from stab wounds to both hips. Further information indicated that four of the victims had been assaulted inside of the “District” nightclub (2473 18th Street, N.W.). The last victim was stabbed on the sidewalk in front of the nightclub. It appears these assaults may have occurred as a result of a large fight that had erupted on the second floor of the establishment. None of the injuries appear to be life threatening. We are asking anyone with information relating to this incident to contact us at (202)727-9099 or email me directly at [email protected]”